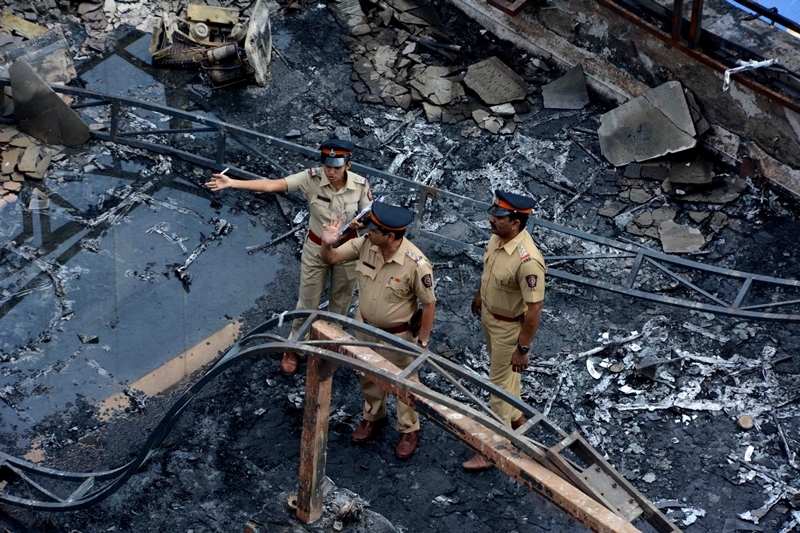 Mumbai: The NM Joshi Marg police will be questioning the Brihanmumbai Municipal Corporation (BMC) officials regarding No Objection Certificates (NOCs) granted to Mojo’s Bistro and 1Above.

According to Ahmad Pathan, Senior Police Inspector, NM Joshi Marg police, “We shall be calling the Brihanmumbai Municipal Corporation officials for questioning in the coming days. We have not yet seized the documents, rental agreements, floor work, floor design of 1Above and Mojo’s Bistro as yet. We shall also be investigating about the No Objection Certificates(NOCs) issued to the two pubs. We will further examine any other criminal offences that are liable to be lodged against the BMC officials.”

Meanwhile, a team of Criminal Investigation Department (CID) officers are investigating the case. According to an officer, “Sanghvis and Mankar were arrested by the CID officers by tracking the movements of the three accused and keeping a vigil on their residences, offices and on the movements of their relatives.”

On Friday, Yug Pathak, owner of Mojo’s Bistro has been remanded to police custody uptil January 17. Pathak’s custody ended on Friday and he was produced before the Bhoiwada Magistrate court. The police had sought Pathak’s further custody to jointly interrogate the accused Sanghvis, Mankar, Pathak and absconding accused Yug Tuli, a co-owner of Mojo’s Bistro in the next few days.

The Mumbai Fire Brigade’s technical report on the cause of the blaze in the Kamala Mills Compound that was submitted on Friday pointed out irregularities like violation of safety norms, illegal constructions and alterations at 1Above and Mojo Bistro pub. The report also stated that the fire had started at Mojo’s Bistro and not 1Above. Flying embers from a charcoal sigree, used to serve hookahs, were the main cause of the blaze. A few days after the December 29 fire killed 14 and left 55 people injured, it came to light that 1Above had managed to get its fire NOC 10 days before the incident.