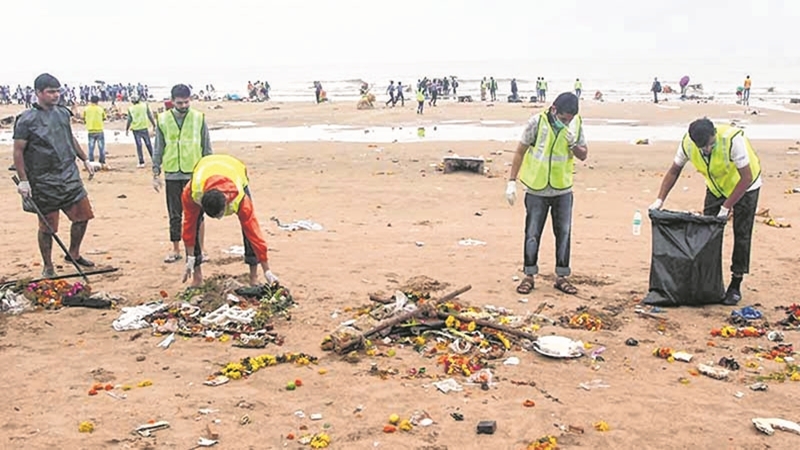 Mumbai: There is some reason to cheer for Mumbaikars with Mumbai being ranked first in the ‘State Capital Category’ in the cleanliness survey conducted across the country. The announcement regarding the Swacch Survekshan 2018 survey was made during a special press conference held in New Delhi this evening.

Municipal Commissioner Ajoy Mehta thanked the alert activists and citizens for the active cooperation to make the city clean. “This is possible due to the indefatigable efforts by the workers, employees, officers, and NGOs. Be it a day or night, they all helped us achieve the feat,” said Mehta.

Also Read: Same to same! 10 places around the world with Indian cities’ names

Kiran Dighavkar, the Brihanmumbai Municipal Corporation’s nodal officer for Swachha Bharat Abhiyan said, “Last year, the low public feedback hit us hard when we received only 48 per cent response which plummeted the city’s numbers down. However, this year due to the combined efforts of many bodies to raise awareness we could get a fairly good response.”

Indore emerged as the cleanest city in India, followed by Bhopal and Chandigarh in the government’s cleanliness survey of 4203 cities. On the other hand, Maharashtra has been adjudged the second-best performing state in the survey, Jharkhand being the best. Of the 434 cities that participated in the 2017 survey, Mumbai ranked 29th, dropping 19 ranks below its position in the 2016 survey. This year, though, it has jumped up and is back in the Top 10 in tenth place in the overall cleanest city category of the survey. Interestingly, Mumbai was ranked as low as 147 in the first cleanliness survey conducted in 2014. But two years later it jumped up to the 10th rank in 2016.