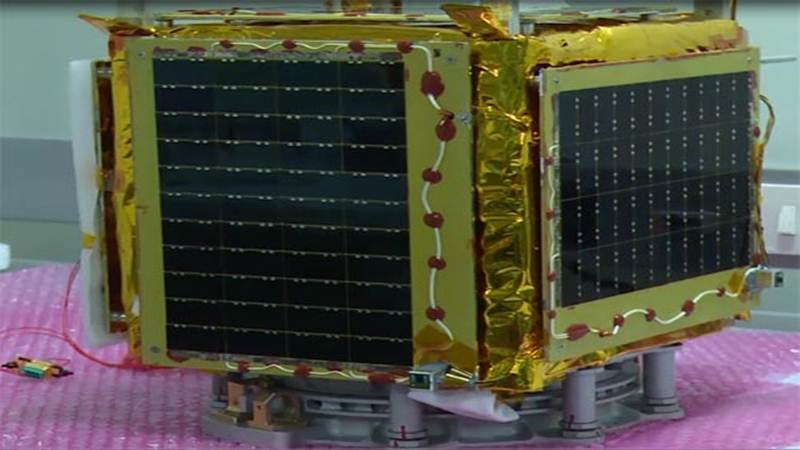 Mumbai: The Indian Institute of Technology-Bombay  (IIT-B) students satellite ‘Pratham’ that was launched into its orbit in September this year has sent signals from space confirming that it is functional and performing well after being untraceable for around two months.

After being launched into its orbit, the satellite had sent signals for a few weeks indicating that it is operational. Thereafter however, the signals were not being received and it was considered as a setback. The IIT-B team was working around what could have technically gone wrong and cause this problem.

Also Read: Technology at its best at IIT-Bombay Techfest

On the night of December 16, a ham group in Netherlands received signals from the satellite and they communicated with the IIT-B team. Since then the IIT-B team too began searching for signals. It was able to receive strong signals thrice on December 17, indicating that the satellite is live and operational. Ham groups in Chicago, Brazil and Indonesia have also received signals from Pratham, confirming its functionality.

“Even when we could not get the signals in between, we were sure that they will come. We were positive since scientists from ISRO had confirmed that there are various examples where this has happened in the past,” said Ratnesh Mishra, from the team that developed Pratham. While the mission life of the satellite was decided to be four months initially, the satellite can last for even a year in space.

The 10 kg Pratham that fits into a 30-cm cube is the first student satellite of IIT-B which was conceptualised in 2008. Students from across departments and batches have worked over it in the period of eight years. The objective of the satellite is to measure the Total Electron Count (TEC) in the Ionosphere. TEC maps are useful in meteorological studies and ionospheric error correction in GPS.