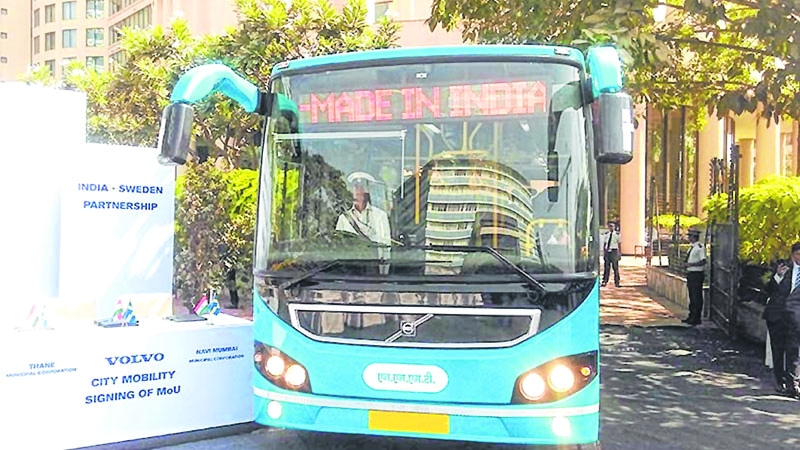 Mumbai: Commuters travelling from Bandra Kurla Complex (BKC) to Sion, Bandra, and Kurla railway stations will have to wait more for the 32 seater-Air-Conditioned (AC) hybrid bus services which was to start from September month itself. The hybrid bus services, aimed to ease congestion with eco-friendly initiative and also to provide better connectivity will be operated by the Brihanmumbai Electric Supply and Transport (BEST). However, the Mumbai Metropolitan Region Development Authority (MMRDA) is yet to allow the BEST authority to start the service on the ground.

Anil Kokil, the Chairman of BEST Committee and Shiv Sena corporator stated at Dharavi Depo of BEST, 15 hybrid buses are standing and they all have cleared the registration process from the Regional Transport Office (RTO). “The MMRDA authority has clearly informed the BEST authority that they will give the date of inauguration and thereafter only the Bus service could be started,” said Kokil.

He further added, “Neither BEST nor Sena (ruling party) is interested in inauguration programme. Also, providing good service to common man is important than playing a political gimmick.” The idea of MMRDA was to launch five buses and the rest of buses to be started by year end. However, its December end and yet all the buses have not been handed over to BEST neither the date of inauguration has been decided, said a senior BEST officer who did not wish to be named.