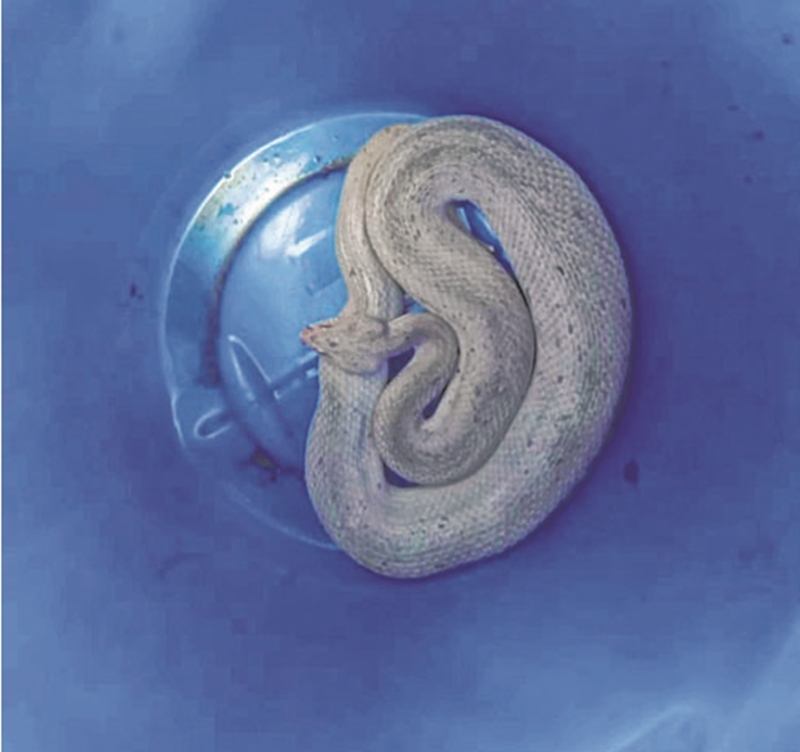 Mumbai: A Russell’s viper (Daboia), in captivity for the last two months for observation, gave birth to 36 babies in a single litter last week at the Haffkine Institute for Training, Research and Testing, Parel. Senior doctors from the institute said these babies would be kept at the institute until they would be fit for release in the forest along with the mother.

Dr Nishigandha Naik, the director of the Haffkine institute, said almost two months ago they had rescued two female Russell’s vipers, one from Baramati and a rare albino variety from Turbhe. “We had rescued the Russell’s vipers to prepare anti-venom for research. But as one rescued from Baramati was pregnant, we kept her in an incubated box. Last week, she gave birth to 36 babies in the serpentarium of our institute.” she added.

A herpetologist from the institute said that unlike other snakes, Russell’s vipers don’t lay eggs. They give birth in a litter. “Unlike most snakes, which lay eggs, Russell’s vipers give birth to live young ones. These babies moult as soon as they are born and are poisonous immediately after birth. They are independent from Day 1. Since they do not lay eggs, the chances of survival of their young ones are much higher,” he added.

The hatchlings were later released the mother into the forest. In India, around 3 lakh snake bites cases are reported every year, with as many as 50,000 deaths. In fact, World Health Organization (WHO) data shows around over one lakh snake bite victims suffer from permanent deformity.

How anti-venom is obtained

Venom is milked from snakes, then injected in horses to produce antibodies inside the horses’ bodies. This is then collected from their blood and purified, with an end product that helps neutralize the affect of the venom. All the snakes brought to the institute’s laboratory are kept for 60 days, then returned to the forest to avoid disturbing their ecosystem. At the institute, snakes are milked for venom once every 15 days to avoid stressing them. Russell’s vipers are known to give birth to a minimum of 20 and a maximum of 40 in a litter. They are terrestrial in nature and nocturnal foragers and found largely in South Asia. Mating happens at the beginning of the year, and the snakes give birth from May to November and the maximum births take place in June and July.