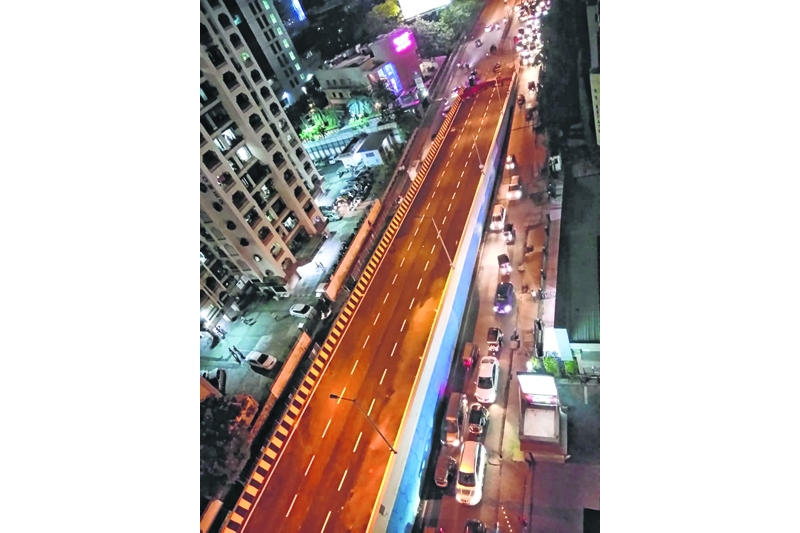 Mumbai: The construction work of the much-awaited Goregoan MTNL bridge has been recently completed by the Brihanmumbai Municipal Corporation. But it is yet to find a suitable date for the inauguration. Deepak Thakur, local corporator from the BJP, stated that the bridge will provide major relief to the public once it is open up for them. “We have told BMC they should not waste time in waiting for any special guest for inauguration, and instead open the bridge for public immediately. Since no date has been fixed by the BMC for the inauguration till date, there are a few people who are circulating fake messages that the bridge will be opened from August 15 onwards, creating confusion in the vicinity,” said Thakur.

He further stated that the bridges department head Sanjay Darade inspected the newly-built bridge along with other civic officials and local corporators on Saturday morning. During which they insisted the bridge to be opened for public soon, Thakur added.

Earlier, on April 11, 2018, one of the grinders of the same under construction bridge collapsed. Though no casualty had been reported in the incident, the vehicle movement was affected very badly. To avoid inconvenience, the traffic police diverted east-west traffic movement via Mrinal Tai Gore flyover in Oshiwara and Sainath subway in Malad. Apart from this, those travelling between Malad and Goregaon were rerouted through Chincholi Bunder and Prem Nagar Road until the girder was relaunched in the afternoon.

The newly constructed bridge is an extension of Sarvarkar bridge along the same route. The work of the 500 metre-long bridge was started in December, 2015. The construction work was delayed as the civic body has to wait for permissions from the traffic department before undertaking the work.

Currently, the MTNL Goregoan junction faces a massive traffic jam. As the construction work was going on, Goregoan SV Road and Link Road braced with the traffic woes. The bridge has been constructed so that the motorist who wants to travel from east to west of Goregoan can take the bridge instead of SV Road. Furthermore, vehicles coming from Malad to Goregoan and similarly from Goregoan to Malad won’t have to face the burden of the east-west traffic. The congestion on the Link Road will also come down, providing a major relief who has to spend hours on the stretch at present.

One of the senior civic officials, who did not wish to be named, said that the appointed contractor of the BMC, who is doing the bridge construction work, has to get a certification of load testing from the competent authority. Once the certificate is submitted to the civic body, the bridge will be made operational.