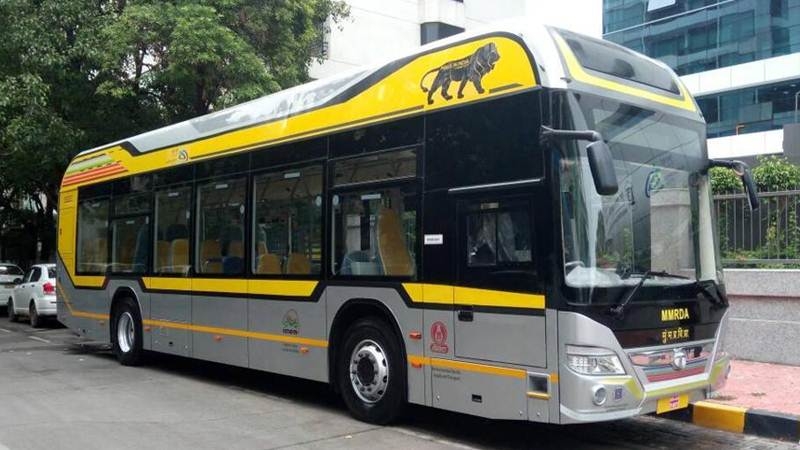 Mumbai: After being delayed for months, the Mumbai Metropolitan Region Development Authority (MMRDA) is finally set to launch the hybrid bus services starting from this Independence Day. The bus service will be operated between Bandra, Kurla and Sion suburban railway stations from Bandra Kurla Complex area to provide possible connectivity.

Officials said that the electronic buses were being tested because of which the launch has got delayed. The bus services were supposed to start in July, however, sources said that the manufacturers have delayed the delivery of these buses.

“This is one of our most important projects which aims to help in decongesting the BKC area. Considering the affordable ticket rates of the buses, it is estimated that a majority of commuters will opt for this service.”

The BKC area, known as a mega business hub of the city, witnesses a footfall of over five lakh daily. On an average, more than one lakh vehicles ply within BKC. This poses as a major problem for BKC commuters to step out and reach the suburban railway station due to traffic congestion on the road during peak hours. Moreover, even a private vehicle takes more than an hour to reach the nearest railway station, Bandra and Kurla, from BKC.

Another official said that these buses may connect other suburban areas in the future.

“If we get good response from the commuters, then we may extend the routes to other suburban areas of the city.”

The eco-friendly buses were purchased from Tata Motors Ltd, each bus, which cost around Rs 1 crore, is an air-conditioned 32-seater hybrid series bus. MMRDA will be introducing 25 buses in total. TATA will supply five buses every month.

With a BS IV compliant diesel power the hybrid buses feature a fully electric drive train with on board charging.