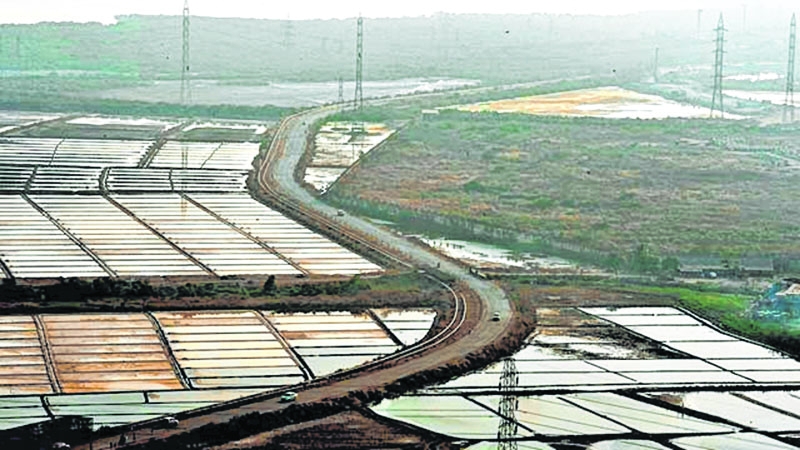 Mumbai: The Shiv Sena ministers on Wednesday opposed opening up of salt pan lands in Mumbai for affordable housing in the cabinet meeting, saying it would put additional strain on the city’s fragile ecology. CM Devendra Fadnavis, however, said the decision fell in the Union government’s purview, and raising the issue at this point was akin to “playing to the gallery”.

Recently-approved Development Plan (DP) 2034 for Mumbai provides for the use of salt pan lands for affordable housing. “The issue of opening up salt pan lands for development was raised by (Environment Minister and Sena leader) Ramdas Kadam in the cabinet meeting,” a party source said. “Sena ministers voiced their opposition to the proposal very strongly and conveyed it to the chief minister that under no circumstances the party will allow construction on salt pan lands,” the source added.

The poor were being used as a “shield” to favour builders by opening up salt pan lands, Kadam told Fadnavis, the source said. “Opening up salt pan lands will put more strain on the ecology of Mumbai, which is already grappling with problems such as excessive population, traffic and (effects of) climate change,” the source said, quoting Kadam. Kadam himself could not be contacted. Fadnavis told PTI that no proposal regarding development of salt pan lands was before the cabinet, and it (Sena ministers raising the issue) was a “sort of an attempt to play to the gallery”.

“The decision about salt pan lands is not in the hands of the state government but of the Centre. The Centre will allow affordable housing only on those lands where it is ecologically viable and environmentally permissible, because we already have laws governing the same,” the chief minister said.

According to the DP-2034, 300 hectares of salt pan lands, which serve as a natural buffer during heavy rains and high tides, will be utilised for affordable housing. Last week, Mumbai Congress chief Sanjay Nirupam had opposed the provision, saying the city cannot afford to have salt pans and no-development zones, the last remaining open spaces, falling prey to the builder lobby. In a letter to PM Narendra Modi, Nirupam had requested the Union government to intervene in this matter.