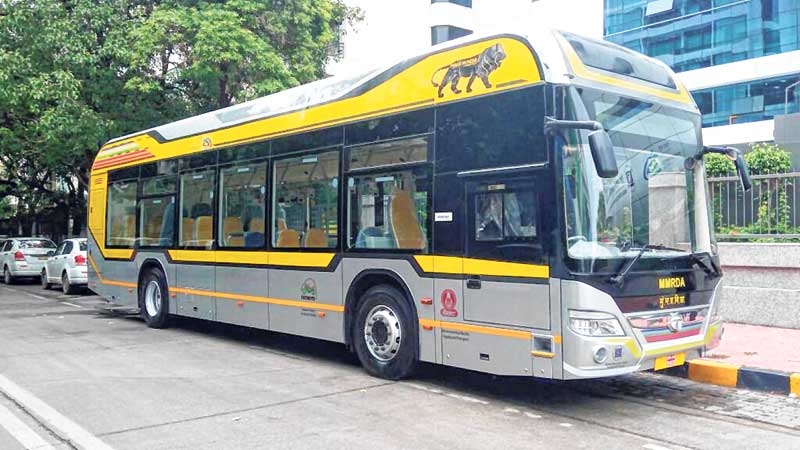 Bhayandar: As the striking contractual workers continue to demand their unpaid salaries and other pending dues, the civic administration and the BJP-run governance are locked in a blame game accusing each other for the crisis as bus services in the twin-city continued to take a hit for the fifth consecutive day on Tuesday. Interestingly the union which has called the indefinite strike is affiliated to the BJP which single-handedly rules the Mira-Bhayandar Municipal Corporation (MBMC).

After abruptly terminating the contract of the existing contractor, MBMC’s own transport utility shoulders the responsibility of running the buses on the virtue of 325 contractual staffers including-drivers, conductors, and ticket checkers provide by a private agency.

However, workers have launched an indefinite strike since December 22, bringing public transport services to a grinding halt, forcing commuters to face a harrowing time especially amidst the festive days of Christmas. According to officials, budgetary allocations earmarked for expenses to be incurred for the public transport system had already drained out resulting in unpaid monthly salaries and other pending dues including arrears towards wage difference. Squarely blaming the ruling governance for the fiasco, civic chief, Dr Naresh Gite said, “The transport utility had rightly projected Rs 12 crore as overheads to sustain services for the current fiscal, but the general body trimmed it to a mere Rs 3.3 crore which has now resulted in unpaid dues.

However, we are reworking to resolve the issue. Meanwhile our TMT and BEST, counterparts have been requested to ply buses on various intercity routes, to ease commuters’ woes.” Refuting the allegations BJP legislator Narendra Mehta said, “The administration which has failed on its promise to privatize the transport utility by April this year is now desperately trying to put the onus of its own ignominy on our shoulders.” Meanwhile a delegation of Shiv Sena leaders met the civic chief demanding immediate resumption of services.