Mumbai: Christians of Vasai facing a A ‘grave’ problem 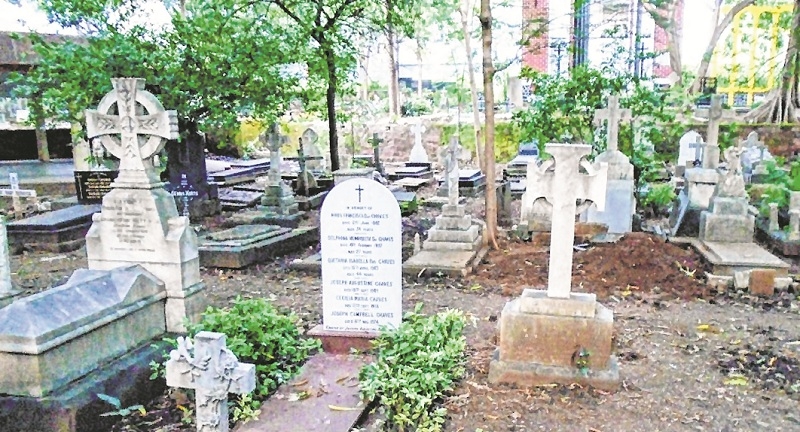 Vasai: Malayali Christians of Vasai taluka, belonging to the Syro Malabar Roman Catholic Church, are facing a ‘grave’ problem. They simply do not have the space to bury their dead ones. Their parishes located at Vasai East, Nallasopara and Virar do not have graveyards. Only the Saint Alphonsa Church at Barampur has an understanding with the Saint Michael Church of Manickpur and therefore these parish members do not have any problem as of now.

The Vasai Virar City Municipal Corporation had constructed a burial ground near the Suncity township for Christians and Muslims, but it had to be demolished. The legality of this burial ground was challenged in the Pune bench of the National Green Tribunal (NGT) by Shiv Sena leader Sunil Mulay and Suncity Residents Association.

The NGT ordered the demolition of the burial ground as it was situated in a no development zone where construction is disallowed. Residents say that when the construction of the burial ground began, the real estate prices of Suncity township plummeted. Many people started selling their flats, but there were no takers. Nobody wanted to reside near a burial ground and therefore there was a lot of opposition and resentment. The residents put up a stiff resistance and municipal officers had no other option except to demolish it.

Former bishop of Vasai Rt. Rev. Thomas Dabre had put an application for the allotment of a government land at Gavraipada, Vasai East for burial purposes, but this proposal was opposed by a local Shiv Sena leader and therefore had to be abandoned.
According to Babu Varghese, president of Bassein Christian Cemetery Trust, Vasai taluka has more than two dozen Catholic burial grounds which belong to the local East Indian Christians. But the parish priests of the local churches say they cannot spare any land for burial purposes for non-parishioners as they have limited options.

They say that it takes three years for a dead body to totally decompose and till that time the graves cannot be reopened. At the same time, this problem cannot be wished away since Vasai has a considerable population of Catholics who have migrated from other parts of the country. So the Catholic leadership will have to find ways and means to solve this problem. Meanwhile, Malayali Catholics are hoping that local Catholics will ‘bury’ their differences and help them in this ‘grave’ matter.

Prof. Jose George, secretary of BCCT, said that it took more than three decades for the Maharashtra government to allot a plot for burial purposes to the Vasai Taluka Protestant Christian Forum at Pachu Bunder and this plot is now in the legal custody of BCCT, which is a non-Catholic body. More than 100 deceased persons have been buried here during the last few years. The VVCMC is at present constructing a waiting shed and other facilities for conducting last rites at this place.

According to NCP leader Reji Kurian, in some areas some parcel of properties are available adjacent to existing Hindu crematoria or Catholic graveyards as no residential, commercial or industrial projects can be constructed within 30 metres of these places. The Syro Malabar Mumbai diocese or the Kerala Catholic Association should take the initiative to collect funds and buy some lands abutting the crematoriums and use them for burial purposes instead of waiting for government largess.