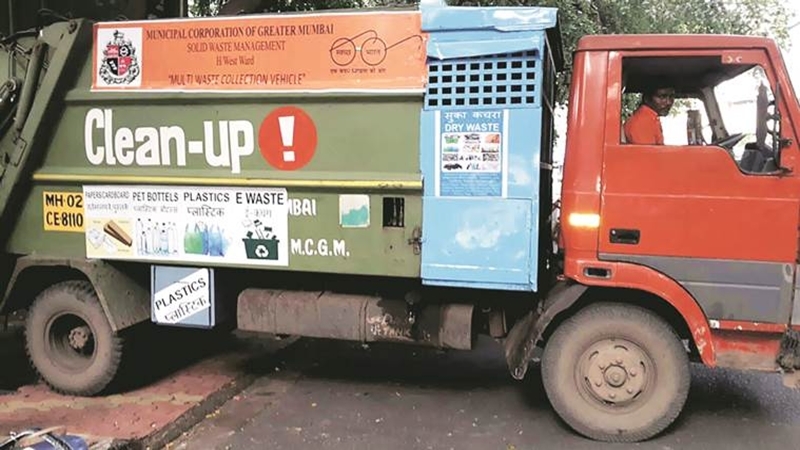 Mumbai: After a lot of brouhaha being created by the Brihanmumbai Municipal Corporation Corporation (BMC) over the stringent action that would be taken against bulk generators who don’t compost their waste. Now, it seems the BMC has themselve slowed down their campaign, as hardly any serious action has been taken so far against anyone, though the extended deadline of three months ended on January 2, 2018. The original deadline was October 2, 2017.

However, senior civic officials from Solid Waste Management Department of BMC continue to say, “We have given enough time to comply with waste segregation norms and setting up of composting pits. However, somewhere stringent actions has to be taken so that societies start waste segregation and composting.”

On the contrary, as per the data available, BMC has identified and sent notices to around 3,777 bulk generators across Mumbai for compulsory waste segregation and composting, but 2,699 have failed to comply with norms. And only 299 bulk generators have started composting waste. 1,423 bulk generators have asked for extension. While in some civic wards only like South Mumbai, Nana Chowk Malabar Hill, Bandhup, Vikroli the BMC has cracked the whip for not segregating and treating waste generated by them and have sent notices under the Maharashtra Regional Town Planning (MRTP) Act.

As per civic corporation new set directives bulk generators who generates more than 100 kilogram (kg) waste daily or has an area above 20,000 square metres have to adopt composting mechanism for their waste management. The actions against defaulters include- stopping collection of waste, daily fine of Rs 100, fine of Rs 5000 to Rs 50,000 or FIR which includes imprisonment of 3 months to 3 years. BMC is also targeting housing societies which have come up after 2007 and claimed that they have vermicomposting pits.

Earlier, the civic body had threatened that it wouldn’t pick up waste from societies beyond October 2, if they don’t dispose of waste at source. BMC chief Ajoy Mehta had extended the deadline by three months, on condition that societies give a written assurance that they will manage waste within the stipulated time.

– Total bulk waste generators in the city: 3,777
– Bulk waste generators who failed to comply with norms: 2,699
– Bulk generators who started composting: 299 across Mumbai
– BMC seems to be going easy with bulk generators
– Though action involves fine and imprisonment, BMC has only issued notices under MRTP Act which is only a warning letter
– BMC threatened that it will not collect waste but its continues to do so
– If bulk generators adopt waste management mechanism it will help cut down waste collection
– Deonar, Kanjurmag and Mulund dumping ground have already crossed their limits
– Bombay HC has asked BMC to find solution for city waste management and not to dump waste in these dumping grounds anymore,      BMC has taken extension from HC
– Due to BMC inefficiency to manage city waste, HC has stalled all new construction projects in city