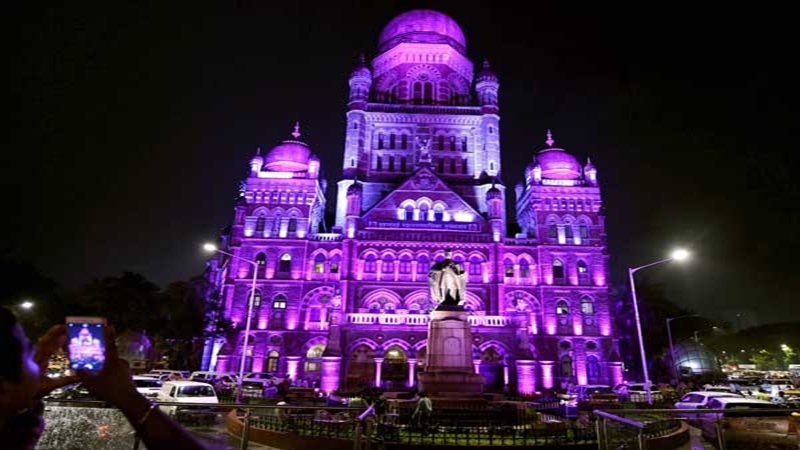 The estate department of the civic body has recently started this initiative of a 15-digit unique identification (UID) number to avoid inconvenience usually faced by citizens. This would help citizens to find out information related to the civic services availed at the particular structure.

Meanwhile, Uddhav Thackeray along with his son Aaditya Thackeray and party members clicked a selfie against the backdrop of the iconic structure in the newly-constructed selfie podium. The BMC also made a special emblem marking the 125th anniversary of the heritage building. A civic official stated that the entire structure would be illuminated till August 15.

BMC headquarters building is a British era building and is completing its 125th anniversary year in 2017. The building will be colourfully lit whole the year around.

Uddhav Thackeray, Shiv Sena chief, unveiled the 15-digit number. The Sena president along with son Aaditya Thackeray took a selfie with the iconic structure in the backdrop on a special podium