Mumbai: BMC and MMRDA at loggerheads over Mithi river de-silting 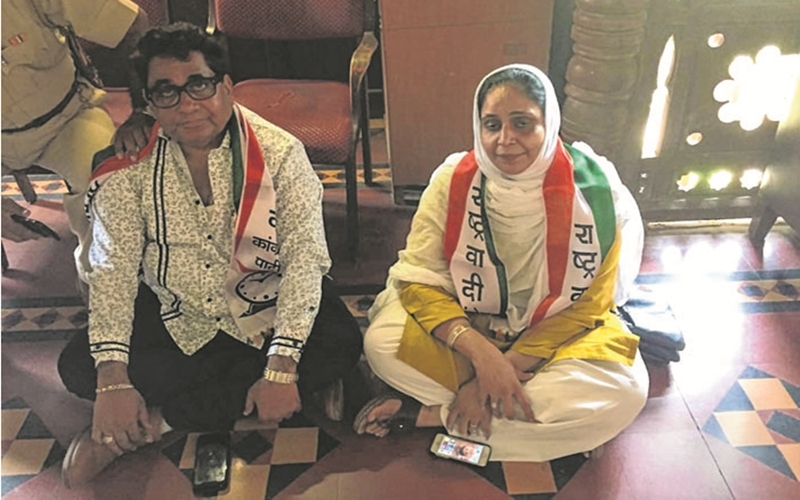 Mumbai: The Brihanmumbai Municipal Corporation (BMC) and Mumbai Metropolitan Regional Development Authority (MMRDA) are at loggerheads over Mithi River de-silting. The civic administration, in a letter, has pointed out that despite repeated reminders, the MMRDA hasn’t shown much interest in clearing the debris around Mithi River near Kurla.

Replying to Nationalist Congress Party (NCP) group leader and corporator Rakhi Jadhav’s letter seeking clarification on Mithi River de-silting status, the BMC said it has cleared approximately 90 percent of the work that comes under the jurisdiction of the civic body. “The de-silting work started from April 2 and up till May 15, 90 per cent of the work has been done. The remainder will be completed before May 31,” it reads.

The letter further alleges that MMRDA, despite repeated reminders to remove debris from the protective wall alongside the river, have not taken any action. “The area which comes under MMRDA jurisdiction is being neglected and no stern action has been taken. The administration has spoken to SWM officer and necessary action will be taken by the civic body,” the letter concludes.

The MMRDA, however, has countered the civic body’s claim. “There is no construction going on in or around the Mithi river that there will be debris dumping. Neither does MMRDA look after any part of the river,” said an MMRDA official.  The river, which originates at the Vihar lake, traverses areas like Powai, Saki Naka, Kurla, Kalina, Vakola and BKC, before flowing into Mahim creek in the city.

A senior civic official said the BMC is coordinating with the Mithi River Development and Protection Authority (MRDPA) and city collector to clean the river. “Everything has been taken care of. It will be fine before monsoon strikes the city,” he said.  Meanwhile, NCP corporator Dr Saeeda Khan, who represents flood-prone Kurla suburb, is on indefinite hunger strike outside the Municipal Commissioner’s office. She is demanding speedy cleaning of the Mithi River before monsoon and the work to construct a retaining wall along the river be expedited. Khan has alleged that the BMC, headed by the Shiv Sena, has failed to construct the retaining wall in the last 12 years. “Even after the court ordered the BMC to construct a retaining wall in 2005, the work has not yet been completed. The incomplete work of piling which is going on is shoddy. If not cleaned, the mess could create havoc during the monsoon,” she said.