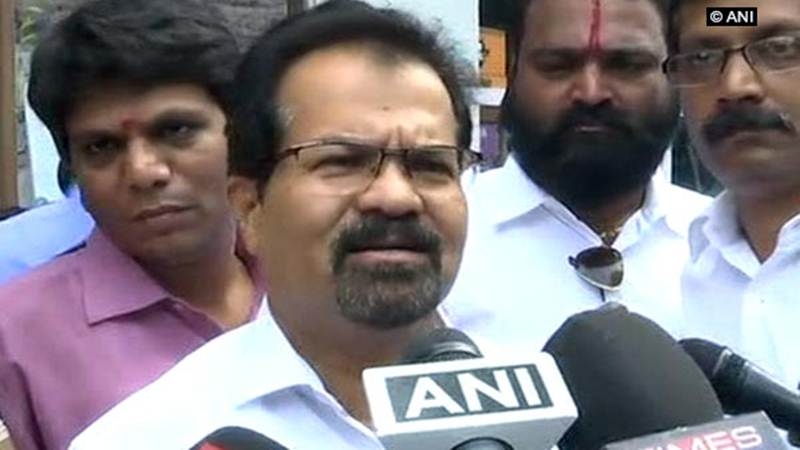 Mumbai: The Brihanmumbai Municipal Corporation should not be held responsible if there are floods in Mumbai this year, city Mayor Vishwanath Mahadeshwar said on Wednesday while visiting various spots in the Western suburbs to examine pre-monsoon desilting work. He also said that the state government, and not the civic body, will be answerable.

Mahadeshwar’s comment comes in the wake of Metro construction work, being done across the city, which has blocked several roads. “If Mumbai gets flooded because of Metro work, the BMC should not be held responsible,” he said. However, the Mayor also admitted that only half the work has been completed thus far with just 15 days left to complete the de-silting work. “If work is not completed on time, action will be taken against contractors,” he added.

The BMC had earlier identified 17 flood-prone spots, created by the ongoing civil, railway and metro works. Presently, construction work is underway for three Metro routes in the city– Metro 2A (from Dahisar to DN Nagar), Metro 3 (Bandra-Colaba-Seepz) and Metro 7 (Dahisar East to Andheri East).

Mahadeshwar visited the sites on Wednesday along with standing committee chairman Yashwant Jadhav and Shiv Sena group leader Vishakha Raut. Opposition in the BMC has been consistently criticising the administration for the slow pace of de-silting work. Corporator and Bharatiya Janata Party group leader Manoj Kotak said that the Mayor has no right to criticise the government or the Metro authorities. “In fact, at one point I feel he is backing all the corrupt contractors and engineers,” he added.

Meanwhile, retaliating to Mahadeshwar, Girish Mahajan, Minister of State for Water Resources and Irrigation, said, “Last year, there were no such Metro constructions. But even then, the gutters were overflowing and the city was flooded.” Another BJP leader, on condition of anonymity, said the civic administration is trying to shrug off its responsibilities by blaming other authorities.