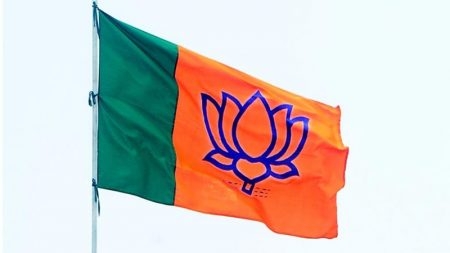 Mumbai: The Bombay High Court on Friday took serious cognizance of civic officials being assaulted by workers of Bharatiya Janata Party (BJP) for removing the illegal hoardings put up by a sitting corporator. The HC said it will initiate contempt proceedings against the Andheri corporator and his workers.

A division bench of Justices Abhay Oka and Mahesh Sonak took cognizance of the plea filed by the Brihanmumbai Municipal Corporation (BMC) seeking contempt proceedings against corporator Murji Patel of the BJP. In its plea, the civic body claimed that when the officials of the K east ward visited the municipal garden in Marol, Andheri, they found that several illegal hoardings were put up by Patel and his wife. “When the civic officials were removing the illegal hoardings, the supporters of Patel came on the spot and obstructed them.

They even assaulted our officials and labourers to the extent that the labourers sustained severe injuries and were admitted to civic-run Cooper hospital. The supporters of the corporator, who were workers of the BJP even threatened our officials of dire consequences,” the plea said. Having perused the plea, Justice Oka said, “This is serious. No political party can resort to such conduct.”
“A case has been made out for contempt proceedings, we will pass appropriate orders,” Justice Oka said. The bench was urged not to issue any contempt proceedings by corporator Patel.