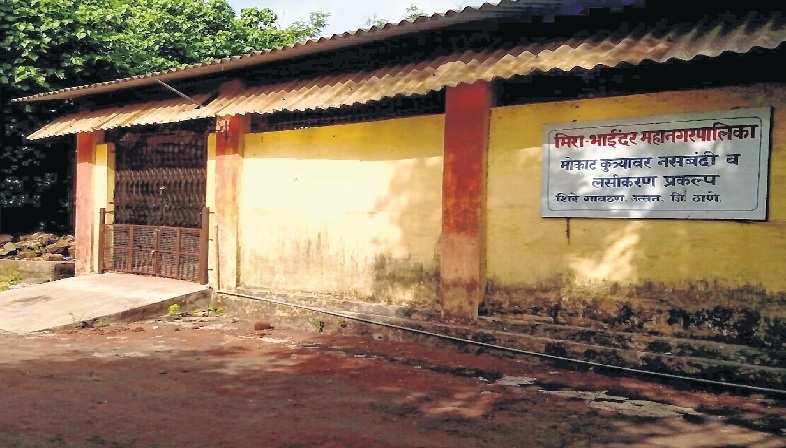 Bhayandar: The flawed implementation of the Animal Birth Control (ABC) and Anti- Rabies (AR) programme has yet again exposed the apathetic attitude and lack of seriousness of the Mira Bhayandar Municipal Corporation (MBMC) towards controlling the dog population in the twin-city. This is evident of the fact that the lone sterilisation clinic at Shire Gaothan in Uttan is lying defunct for the past more than 10 days owing to paucity of funds.

My Vet Charitable Trust and Research Center – an organisation engaged in dogs’ sterilization activity had bagged the contract in February-2018. With a price tag of Rs 1,350 per dog for sterilization irrespective of their gender, the contract involves pick-up of strays, sterilise them, administration of AR vaccination, post-operative care and releasing them back to their territory.

As many as 350 dogs are sterilized at the facility per month. However, the shoestring budget amounting Rs 20 lakh which was earmarked for the project in the current fiscal has already dried up, leading to the abrupt closure of the sterilisation clinic.
“Yes, it’s true that the clinic is an inoperative mode for the past couple of days. The earmarked funds exhausted due to payment of spillover dues. However, we have already tabled a re-appropriation proposal and the unit will resume its activities soon,” said deputy civic chief Dr Sambhaji Panpatte.

As per statistical records the MBMC-appointed agencies had conducted around 7,310 neutering surgeries under the ABC project in the past seven years till March-2018. According to the 2007 and 2012 dog census programmes, the dog count of the twin-city stands at 18,828 and 8,275 respectively.