Mumbai AC Local Review: All you want to know, from Comfort to Rules, Rates to Availability

Let’s get this straight and look into the Mumbai AC Local from a commuter point of view. Is this move a right one or just a gimmick by the current government to lure in Mumbaikars? It’s been more than 45 days and I believe this is the right time to give a commuters judgement.

I have travelled using 3 different AC Locals starting from Churchgate to Bhayander boarding 7.49 pm Virar local from Churchgate, 10.43 am Churchgate local departing from Bhayander and 5.49 pm Borivali Local from Churchgate. Making it simple to read and understand, let’s divide the sections into Punctuality, Comfort, Density of Commuters, Value for Price, Profitability to Railways, Transit Issues and rate them on scale of 1 to 5, with 1 being the lowest and 5 being the highest. Also, I will share details on how to book tickets online and what if you are carrying a First Class Season Ticket commonly known First Class Pass.

Punctuality: After travelling multiple times I have seen none of the AC Local is on time and is always late by minimum 3 to max 10 minutes. Locals getting late were the 5.49 pm Borivali AC local and 7.49 pm Virar AC local. So to rate them on punctuality, I’ll give them 1 out 5. 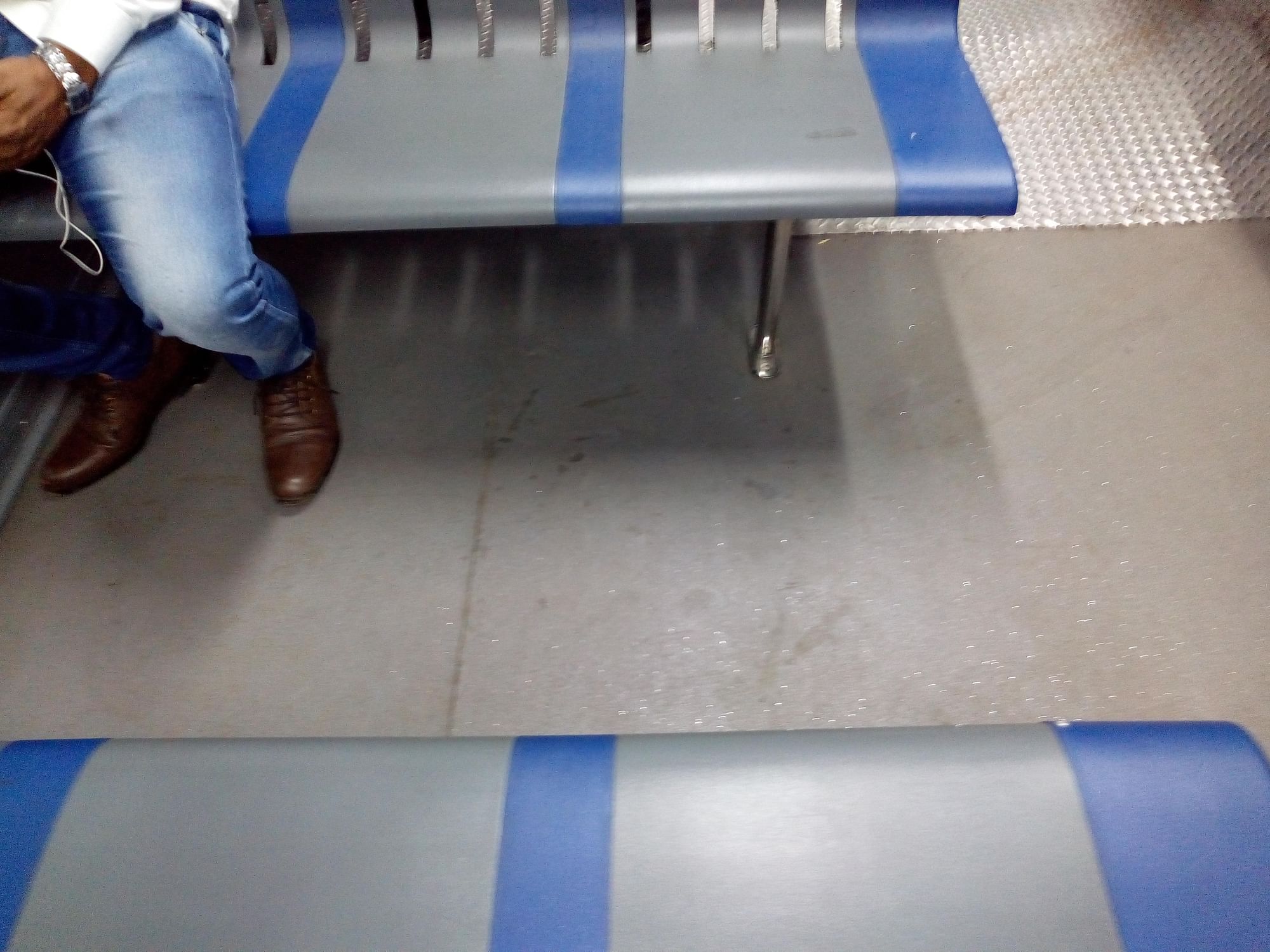 Comfort: Well, comfort is the only thing that I have found attractive due to fewer passengers travelling. One better thing is that the entire train is interconnected just like Metro so you can move across coaches without stepping down from the train. Coming to the downside, charging commuters almost 1.2 times more, Railways should have installed Soft seats which are currently installed in First Class Coaches of Normal Local Train. To Rate them, I’ll give them 3 out of 5 marking them down on Seats and Luggage rack, which is 30% smaller compared to Normal locals

The density of Commuters: Travelling multiple times at different times, I have seen there is not much increase in commuters count. I have come to a conclusion that they are running trains at non-peak hours, which is a point they might look into. The train remained about 60% empty when I travelled through 10.49 am Churchgate local and 50% empty for Borivali Local departing from Churchgate whereas the Virar AC Local departing at 7.49 pm from Churchgate seemed 70% full, and to be honest you won’t get a seat after Andheri. This shows that if they operate AC Local in peak hours the profit might surge up. Secondly, they need to get the rates down and bring it close to First Class Season Ticket Price. This might be a great attractive model for Railways to earn from. Rating them 3 out of 5. Value for Price: As mentioned earlier, charging almost 1.2 times more I don’t think they are providing any value to the commuters to make them take this train. Most of the commuters are using it to experience it once. Rating them 1 out of 5.

Profitability to Railways: On a personal level, I would like to laugh at this one as they don’t seem to make good revenue. Why they have more than 4-5 Ticket Checkers inside the train to check your Tickets, this brings them down the money they can mint while checking tickets on platforms. To add to the misery, commuters count is less and passengers travelling have also become smart. First Class Passengers board the train without AC Ticket, and during penalisation, they have to pay the difference of the AC Ticket and First Class Ticket (Only for Season First Class Ticket Holders). J  Although Railways do blabber stating it is making them money, to be honest they know it’s not and now are in a situation where they cannot bear it nor share it (Their Agony). Rating them 2 out of 5. 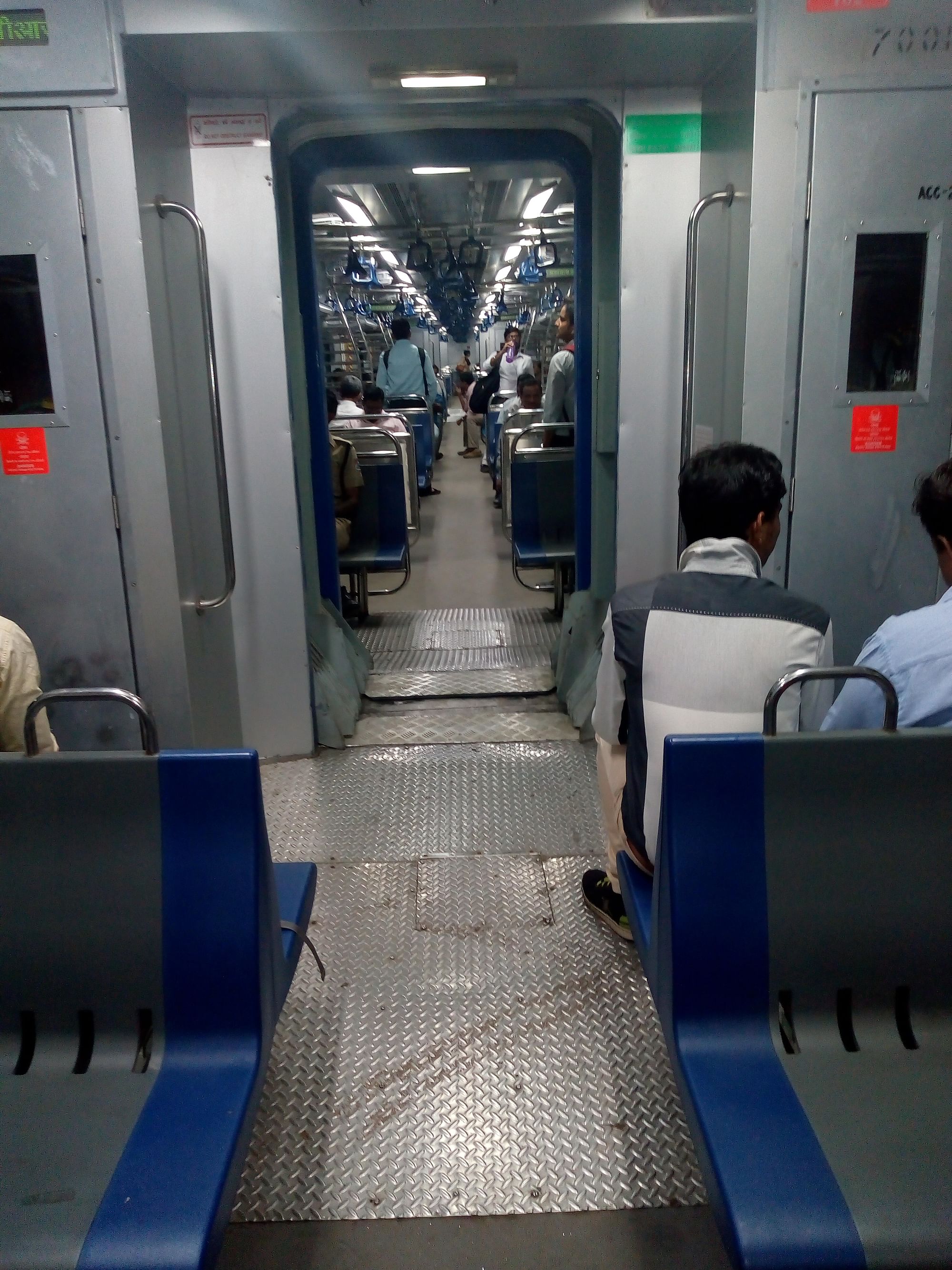 Transit Issues: Western Railway, when they started AC Local, did not allot new timings to AC Locals. Instead, they converted the normal local trains to AC Locals and this has not been welcomed by commuters, as it has creates delays and disrupted the timetable. I have often seen commuters nagging about a change of train type as commuters have a habit of a group travelling in local trains.

How to book tickets for AC Local?

Let’s see how you can book tickets for AC Local. One is to directly book it from the ticket counter by asking them AC Local ticket or getting your First Class Season ticket upgraded to AC Season ticket. The downfall is that you can own an AC Local Season ticket max for 1 month and start on a weekly basis. Another way is to download the UTS app from Google Play Store, register on it and then you can book the ticket. Make sure you select the Train Type as AC EMU. For IOS I am sorry, iPhone owners you don’t have a spot in UTS eyes and there is no announcement of launching as well. So, the only way you can get in is to obtain a ticket from the ticket counter.

What if I have First Class Season Ticket?

Something about the Fares of AC Local

To conclude, this can be a great revenue generation for Railways if they operate in Peak Hours, lower down prices a bit and increase the frequency.

HomeCmcmMumbai AC Local Review: All you want to know, from Comfort to Rules, Rates to Availability