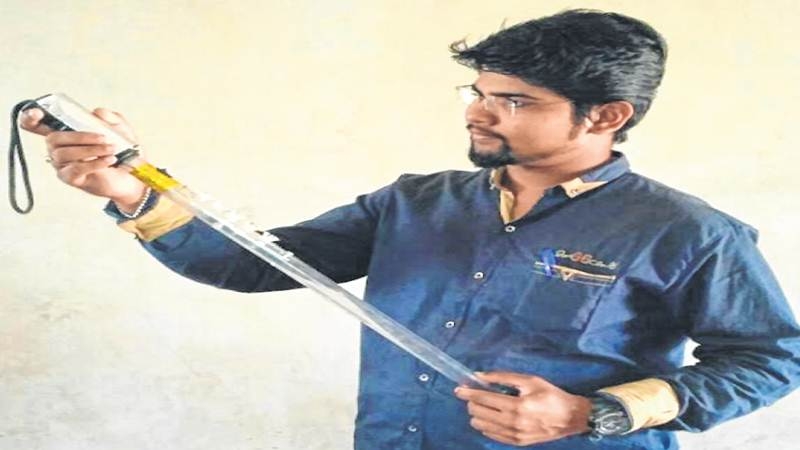 The 22-year-old engineering student Nandane, resident of Bhusaval, told the Free Press Journal that Chandarpur police have already purchased the stick and the response is impressive. “The crime graph is skyrocketing day by day and we don’t have sufficient number of police force. So, I thought to invent something that helps our understaffed police force to control crime. It took me 1.5 years to complete this baton,” Nandane told The Free Press Journal.

Initially, the stick was just fitted with the lights but later introduced with other features after recommendations from former Director General of Police Praveen Dixit.

The LEDs have a reach of 20-40 metres at a 45-degree angle with a battery lasting three hours. The camera and voice recorder will ensure facts presented by the cops are backed by evidence. Each stick bears the name, address, blood group, and contact number of the constable holding it.

Generally, the police force faces the brunt of traffic violators. Last year in August a traffic head constable Vilas Shinde was seriously by two motorists in Khar and he later succumbed to his injuries.

“Had Shinde been armed with this baton (stun gun), the incident could have been averted as the stun gun dispenses low intensity shocks of 12 Volt that leaves the anti-social elements dazed for nine seconds,” said Nandane, who further added that this baton could be a great weapon to control riot-mob.

He further added that in-built voice recorder, five megapixel camera as well as the metal detector would be a great help for police officials to control crime. “The in-built GPS system would help tracking the location of specific policeman. The five high intensity LED lights have been fitted in the baton that would help the policeman during night patrolling,” he said.

His plan is to sell the stick across Maharashtra for which he has met and written to the officials concerned in Mantralaya but he has not got any positive reply yet. Besides, Nandane has written to Uttar Pradesh Chief Minister Yogi Adityanath to apprise him of the quality of his multifunctional stick. Nandane has started his company Fly Heights Electro Arc Private Limited. This company has eight innovative products including the multifunctional stick.