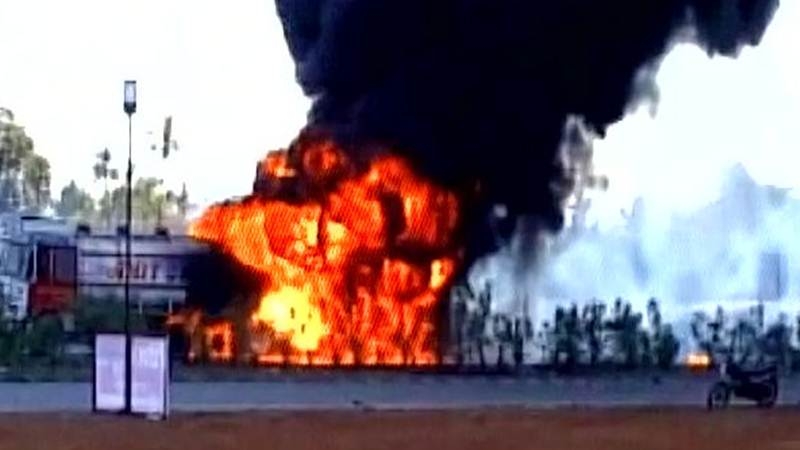 Thane:  Two persons were killed and three others injured in a freak accident that involved an explosion in a moving chemical tanker and subsequent pile-up of three vehicles on the Mumbai-Ahmedabad Highway today, causing massive disruption of traffic for hours.

“The incident occurred near a petrol pump at Wadoli village in Palghar district adjoining Mumbai in afternoon when the tanker carrying some inflammable chemical caught fire while moving while a truck rammed into it from behind, causing an explosion,” Talasari tehsildar (revenue official) Vishal Doundkar told PTI.

Due to the impact, the affected tanker hit another truck ahead of it while a car collided with the tanker from behind.

Fire tenders from nearby areas and also Khanvel on the outskirts of Gujarat were dispatched to douse the flames, Doundkar said, adding the tanker was gutted in fire.