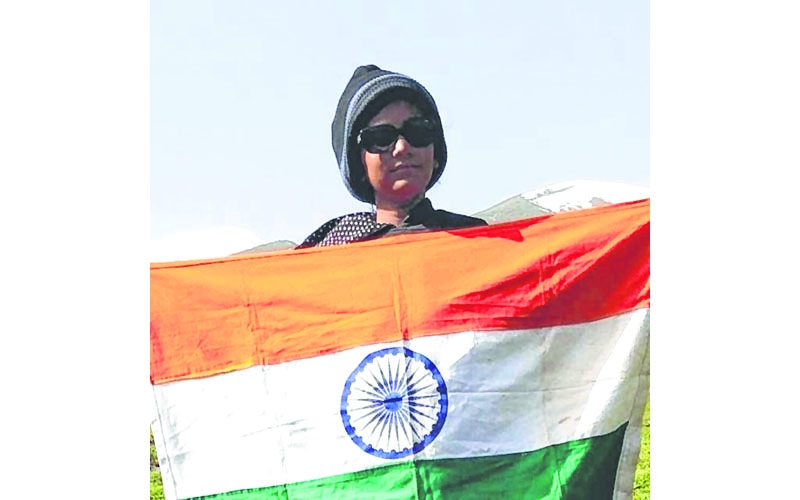 Mumbai: At just 10 years, Urvi Patil has reached impressive heights in following her hobby. The girl became the youngest girl ever to scale astounding 13,800-feet in the Shivalik range of the Himalayas in the freezing temperature of minus 8 degrees Celsius. She completed the arduous Himalayan mountaineering journey with the wind speed of 30 to 40 km per hour, scaling the SAR PASS trails of the Shivalik range of the mighty Himalayas.

The Urvi’s father, Anil Patil, told the newspaper the young climber likely doesn’t fully comprehend the magnitude of her achievement in successfully scaling the treacherous terrain. Urvi has managed to accomplish the task, which even the local children have not attempted or succeed in. The primary school student is believed to be the youngest climber ever to achieve the feat.

Urvi prepared carefully for the ascent, stocking up on needed gear several layers of clothes, goggles, trekking boots and sticks because of biting cold, before setting off from the base camp Kasol in Himachal Pradesh on May 4, 2018. The expedition saw the youngster trekking from Nagaru to Biskeri, where the SAR PASS falls at the altitude of 13 thousand 800 feet. For scaling this summit, she got up at 2 am. However, the climate took adverse with terrible snow falling, but, undeterred by the fierce form of nature, she started on her adventurous journey.

“This is the most arduous trek, as there is a 14 km long stretch going through the snow which is terribly risky. I was frightened watching the fierce wind which was blowing at an astonishing speed,” explained Urvi. After trekking 200 meters, we started for the SAR PASS plateau and we achieved this mammoth task on 14th of May, expressed Urvi. Given her age, it was something very commendable. Scores of supporters posted congratulations messages on Facebook.

The organiser of the trek, the Youth Hostel Association of India has set 15 years as the minimum age for trekking SAR PASS. “I did not fit into their age criteria, as I was less than ten years, but still I insisted on going on the trek. My father wrote a letter to them seeking their consent for allowing me to scale the expedition, in return we received their permission,” said Urvi with enthusiasm. Anil who monitored her health and behaviour for seven days and nights said she was full of enthusiasm and though was scared when it started snowing, but maintained her zeal till the completion of the camp.

“I wanted Urvi to get closer to nature, as it provides countless opportunities for discovery and creativity, so I use to take her for morning walks on beaches, but she used to talk only about snow. She sought online information about this adventure camp and received immense encouragement and guidance from Manoj Joshi, Chairman, Adventure Cell, Youth hostel Association of India,” said Anil.

Describing her routine before the expedition, super fit Urvi said, “I needed to be mentally and physically fit, so I focused on my diet and exercise. I used to walk on the beach and exercise for over one and half hours daily in the morning. My diet consisted mainly of seafood and dry fruits.” In future, Urvi wants to scale Everest base camp and then the Antarctic base and subsequently, its peak. Urvi is a native of Kharshing village in Sangli district, currently residing in Goa. The record for the youngest climber to scale Everest had been held by Temba Tsheri of Nepal, who reached the peak at age 16.