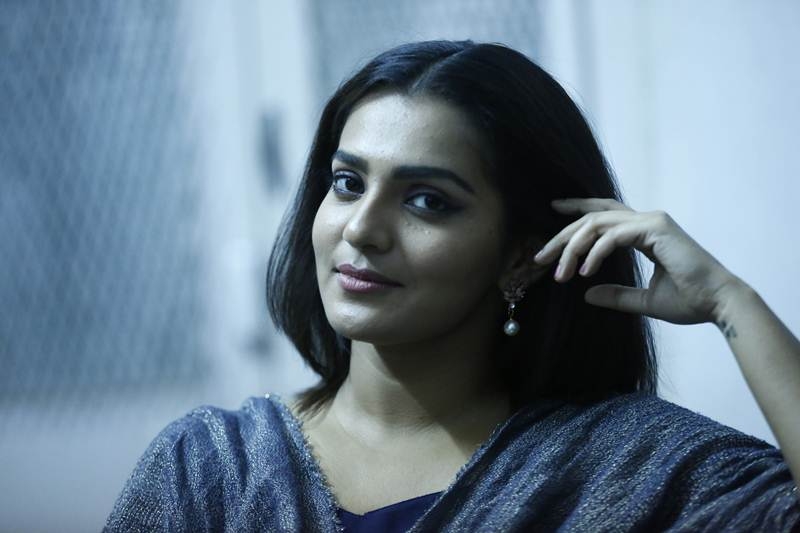 Remarks Parvathy as she opens up to Nikita Wadhawan about not conforming to stereotypical notions, her love life and her debut movie

More than stardom, it’s the cerebral aura of actress Parvathy that gives the Southern actress her distinctive persona. The 29-year-old actress may be 18 films old down south, but she’s now eagerly awaiting the release of her first Bollywood film ‘Qarib Qarib Singlle’ opposite Irrfan Khan. As I start the interview I see Parvathy starts gobbling nine paneer pakodas clearing indicating that food comes first rather than a svelte figure. “For me food and my body is scared, no one has any business telling me how I look,” pronounces Parvathy. Excerpts from the interview:

Have you ever experienced romance, the way you and Irrfan have portrayed in the movie?

No, I haven’t experienced romance the way I have portrayed in any of my films. I have been in a long-term relationship since my teenage years, post that I have found it hard to put myself out there. I haven’t been trying very hard for that matter.

While in the movie Irrfan’s character has very quirky charm, how can someone charm you?

Only if that person is ready to take me for who I am. I am not a big fan of grooming and waxing. I don’t have a certain dressing sense, and I am as raw as you can find me. I would rather sit at home for dinner or watch a movie and talk, then go out for shopping. I also don’t like flowers, I would rather prefer a book or a movie.

Why did you take 11 years to make your debut in Bollywood? Were you not interested in Hindi cinema?

It has never been an issue of interest or disinterest. Whatever came my way, I just went with it. Mujhe koi hurry nahi hai khai puhanchen keliye. I am an actor, and from wherever I get good roles and opportunity I will do it. I also like to take breaks after I do few films, even if I get a good offer during that time, I don’t do it as I can’t give my 100%. Moreover, I don’t differentiate between industries, I could have made my Bollywood debut after three years’ experience but destiny had other plans.

What about the “size zero” phenomenon which Bollywood is so obsessed with?

I am eating going to finish nine paneer pakodas in front of you. For me food and my body is scared, no one has any business telling me how I look. For a movie called ‘Maryan’, I had lost so much weight as I had to look a certain way for the part. After that I was supposed to play a paraplegic whose upper body strength is very high, and I only worked my arms. I am ready to change my body for my character as I want others out there like my characters to relate to them. If I have to play a model then I will change my body accordingly, but it is only now that I am posting workout videos on social media.

Which also opens you up to a lot of trolling, how do you deal with them?

I get all kinds of mixed reviews but I don’t put things up for judgement. I have started not replying to them because the one time I replied they reacted with so much hatred, then I realised they have been dumping their negativity on to me. I also make sure that they don’t affect me as I am confident of my intention. The reason I work out is to stay healthy, before I used to do that to fit into certain clothes. I don’t agree that beauty comes with pain.