MP Assembly Elections 2018: No political party seems to be serious to even talk about probity 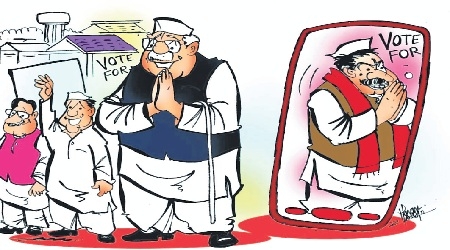 Ujjain: Times have changed and so have the peg of politics. It is no more based on political ideologies. It is becoming more and more based on persons and the persona of the netas, who have a larger than life template. Costly polls, character assassination, abusive language and that attitude… “all’s fair in rajneeti…” prevails all over! Politicians nowadays have an attitude to do anything to grab the kursi. 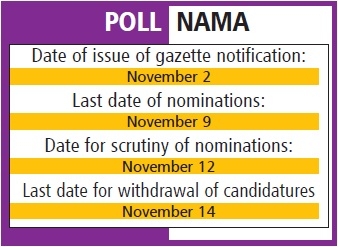 Unfortunately, no political party seems to be serious to even talk about probity. However, during the course of current assembly electioneering, Free Press tried to discover how the elections were fought and what were the attitude of candidates of prominent parties in the early 70’s, 80’s and 90’s.  Our team met some of those veterans of BJP and Congress, who dominated the district level politics for decades. Most of them were not full-time politician and rather invested their time in public life along with serving in different sectors and services.

Radhe Shyam Upadhyaya, the former mayor of Ujjain and political veteran has grown grey. However, his knowledge of making poll strategies and tactics is immense and enriching. Eighty-six-year-old BJP veteran fought his first assembly election from Ujjain North constituency on the Jan Sangh ticket, but remained on third position.
During Congress regime in 1980, he became Mayor and got an opportunity to be a key figure during Simhastha Fair. BJP fielded him in 1980 election from the same constituency, but he lost. He was also the party president for a long time. He is known for his honesty. No one from his family is active in politics.
Q&A:
What was political scenario like in your times?
Our era was different. We were opponents politically and ideologically; however, we were very good friends as we used to hang out and spend quality time with each other. Respect for one another’s dignity and honour were highly appreciated in those days.
What are BJP’s winning prospects this time around?
It is my conviction that people are voting us back to power with absolute majority. People are of the view that BJP has fulfilled its promise of state’s growth and development.

Don’t you think inflation can be a cause of worry for BJP?

Especially, diesel and petrol prices have become big menace for incumbent government.  I beg to differ. We must not forget with inflation public’s purchasing power is also rising. Our economy is galloping and government is taking steps to curb the hike in petrol and diesel prices.

Political veteran and BJP stalwart Babulal Jain is known for making profound strategies to conjure-up political wins at will. He is the only party leader who contested elections continuously from Ujjain district and Dewas. He contested from Ujjain North in 1972, but lost against Congress’ Prakash Chandra Sethi, who became CM of undivided MP then. He, however, emerged victorious in 1977 election from the same seat.

He then shifted to Ujjain South seat in 1980, but lost that election. He then shifted to Mahidpur and fought three elections continuously in 1990, 1993 and 1998, but lost the last one and won first two and became cabinet minister. He was sent to Dewas then, but lost and then after fought no election. Nobody from his family is in politics.
Q&A:
How the political scenario has changed over the years?
There is tremendous change. Politicians and electorates’ aspirations and expectations have assumed astronomical proportions; however, the younger generation has no regards for values. Earlier, mutual respect and dignity were of prime importance.

Don’t you think elections have become costly affair?
Indeed! Extravagance in elections is a cause of great concern. Austerity and simplicity used to be our principles and splurge had no place in electioneering.

You seem to have shared great camaraderie with your contemporaries and opponents?
Yes! Those were different times. In 1977, I had contested against Rajendra Jain. During the campaign trail, I reached his house and his mother blessed me to emerge victorious against her son. We had even dined out together on many occasions. Such was the ambiance and cordial were the relations.

How BJP is going to fare in these elections?
Without a shadow of doubt, BJP will cross 200 mark and form next government. 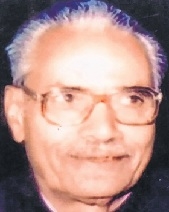 A seasoned politician and Congress party veteran Mahavir Prasad Vashishtha is known for his political acumen. He started his political career as corporator and represented Ujjain South constituency continuously in 1980 and 1985, but lost 1993 election. Despite losing the election, he was given high weightage by the then CM Digvijaya Singh during 1993-2003. Now is banking for his son in the politics. In a candid conversation, he opened up on many subjects including MP’s upcoming assembly elections.

Q&A:
What are the prospects of Congress party in these elections?
I am pretty much optimistic of positive results. Under the leadership of Rahul Gandhi and Kamal Nath, we will definitely turn things around this time in MP.

Modern-age politicians are perceived as more arrogant in comparison to their predecessors?
Wrong-doings of few individuals can’t be a basis to stigmatize the whole political community. Such negative approach does not bode-well for our democracy. In our time, political opponents used to respect each other and even used to share good rapport with each other. We used to regard our opponents as mere opponents not enemies. If ever, there was any difference of opinion, it was for meaningful debate and healthy democracy.

In your view, what essential qualities should a politician have?
Experienced and young politicians would be better off, if they continue to take inspiration from the life of Mahatma Gandhi and Rabindra Nath Tagore. 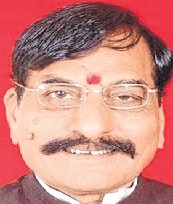 Shivnarayan Jagirdar is one of the torch-bearers among many in BJP. Two-term MLA and former minister proud of his rustic background as he has the potential of swaying both rural and city voters alike. He started his political career from janpad panchayat elections and represented Ujjain South constituency twice during 2003 and 2008 election, but was denied ticket in 2013 election. Nobody from his family is active in politics.

Q&A:
Politicians are often accused of resorting to unscrupulous means to win elections?
I believe in propriety as I am a man of principles. Now-a-days some people with vested interests have entered politics and they are abusing their power to realize their own dreams at the cost of party’s image. I am dead against the culture of buying and selling voters.

In erstwhile times, politics had different dimensions as far as rivalry among politicians was concerned?
Politics has indeed undergone a drastic change. Rivals used to be good friends. But now animosity and rancor among politicians for each other is there for all to see. I hope one day it will change for forever.

According to you, how many seats your party will get in this election?
I can’t give you precise numbers, but we will comfortably form next government.