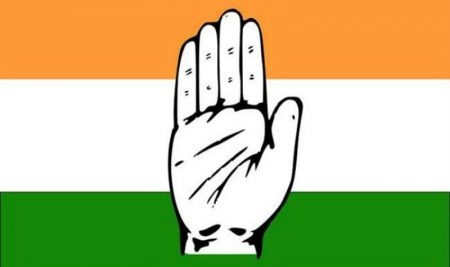 Indore: Jai Adivasi Yuva Shakti (JAYS), which has successfully established a stronghold in the tribal-dominated areas of Madhya Pradesh, failed to arrive at any conclusion over coalition with Congress even after decreasing the demand of seats twice. The tribal outfit had held parleys with Congress over the distribution of seats in Malwa and Nimar region with 40 seats but had to change their mind with no positive response from Congress and was ready to settle down on 23 seats.

Eagerly waiting for coalition with the second biggest party in the state, JAYS national convener Dr Hiralal Alawa on Saturday said they are ready for coalition with Congress even on 15 seats out of 23 seats of Malwa and Nimar. “We have gone through various phases of discussion over coalition and we have cleared that we want our candidates on at least 15 out of 23 seats in Malwa and Nimar,” Alawa said while addressing media in ‘Apni Baat’ programme organised by Indore Press Club.

Earlier, JAYS had given deadline for the talks with Congress till October 25 but they have also extended it to October 30. “We will release our list of candidates on October 2 and our candidates will contest election as Independent sans party recognition and symbol by Election Commission,” he added.

Dr Alawa said decision of Kukshi seat will decide fate of coalition between JAYS and Congress. “We will not negotiate over candidature of Kukshi seat and the coalition will be done only when Congress ready to place our candidate from Kukshi,” he said adding, “I will be the JAYS candidate from Kukshi and it has been decided by the screening committee.” It will be a tough decision for Congress to give up Kukshi seat, which is has been the party’s bastion as the party has won the seat since 1972, except losing it only twice — in 1990 assembly elections and 2012 bypoll.