Mohalla Assi Trailer: Sunny Deol in a battle between reality and religious principles 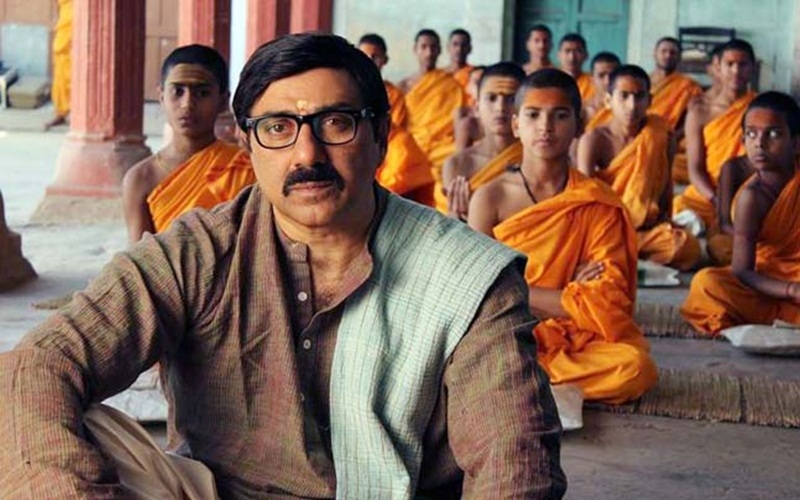 The trailer of Mohalla Assi is out and let us tell you we are neither highly impressed nor disappointed by it. Mohalla Assi is the story is of a man called Dharmnath Pandey (Sunny Deol) who is a Sanskrit teacher who sits on Assi Ghat. He is a man with very rigid principles.

Dharmnath Pandey opposes any move to accommodate foreigners in a Brahmin house, as every Brahmin house had a small temple having an idol of Lord Shiva. However there comes a time in Pandeyji’s life where he is forced to compromise his principles after he loses his job as a Sanskrit teacher and with no other way to feed his family, he decides to keep a foreigner as a paying guest in his house.

In short, Mohalla Assi revolves around Pandey ji (Sunny Deol), who despite adverse situations, wants to stick to his principles. However we must say that although the trailer didn’t click the right chords, Sakshi Tanwar who plays Deol’s wife and Deol himself have done a good job when it comes to the portrayal of their character. Check out the trailer below: