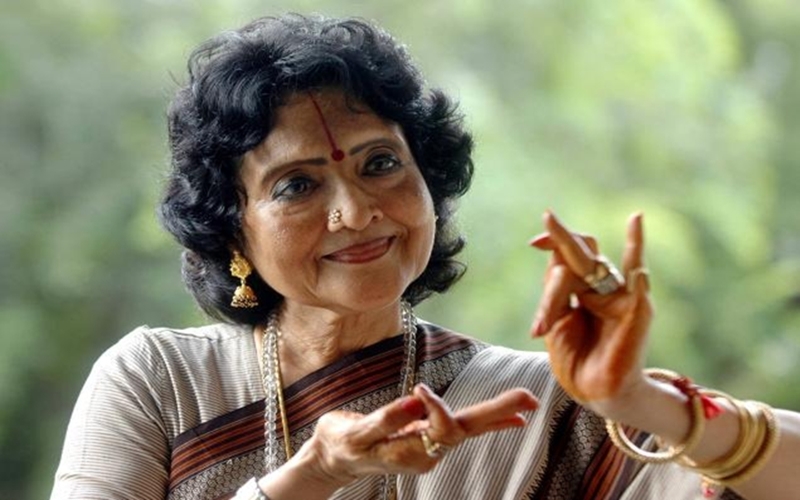 Bengaluru: As a one-time Bollywood diva, acclaimed Bharatanatyam dancer and Carnatic singer Vyjayanthimala has seen it all — from the glitzy world of cinema to the harsh reality of life, including politics. Over the years, realism in Indian cinema has been lost, lamented the octogenarian celluloid heroine of yesteryears.

“There was so much realism in our films in the olden days. That is missing in the present-day films. There was none of this make-believe, gimmicks and camera playing the tricks as in the present times,” Vyjayanthimala told IANS in an exclusive interview here.

The energetic and still active iconic star was in the city to inaugurate a textile expo, ‘Vastrabharana 25’, organised by the Crafts Council of Karnataka. Though the trend of making films was changing in the country as the world over, Vyjayanthimala asserted their quality should be maintained and not be allowed to decline. “When the quality of everything else in the country is improving, why not of films,” she wondered.

With blockbusters like “New Delhi”, “Naya Daur” and “Aasha” and much-acclaimed movies such as “Sangam”, “Sadhna”, “Madhumathi” and “Ganga Jamuna” to her credit, Vyjayanthimala was a heartthrob of the film world for over two decades during the 1960s and 1970s.

After a brief stint in Tamil and Telugu films in Madras (now Chennai) Vyjayanthimala moved to Bombay (now Mumbai) during the early 1950s to act in Hindi films like “Bahar” and “Ladki”. The success of “Nagin” in which she played a lead role established her as an actress and got her an offer to appear in “Devdas” as Chandramukhi, with thespian Dilip Kumar as the hero.

A recipient of Filmfare and National Awards like the Padma Shri and the Sangeet Natak Akademi Award, Vyjayanthimala acted in about 70 films, with the majority in Hindi, and mostly as the heroine with legends like Raj Kapoor, Dev Anand, Raj Kumar, Rajendra Kumar, Shammi Kapoor and Dharmendra.

“I had just finished matriculation in Madras when I was told to work in a Tamil film ‘Vaazhkai’ (1949), which was a huge success. My grandmother was the guiding force and helped me choose empowering roles,” recalled Vyjayanthimala with a gleam in her kohl-lined eyes.

Fondly called ‘papakutty’ (little child) by her maternal grandmother Yadugiri Devi, Vyjayanthimala acknowledged that her granny was all her strength in life and turned her into an ambitious person.

“We were from a conservative family and nobody went to school those days, especially girls. Grandma, however, insisted that I join a convent to study. She also used to tell all, ‘See my child goes to a convent’,” Vyjayanthimala reminiscenced.

Though the film industry has always been a “man’s world”, Vyjayanthimala claimed she had her way in choosing characters or roles in which she could fully express herself. She was picked for acting by a director while watching her perform Bharatanatyam, the classical south Indian dance.

After marrying Chamanlal Bali, a medical doctor, in 1968, Bollywood’s first female superstar gradually bid farewell to films and faded into oblivion, although she continued her association with dance.

“I’m a purist with respect to dance. I am a stickler for the traditional form of Bharatanatyam and won’t let any ‘creativity’ or ‘innovation’ into my dance,” she asserted.

Even at 81, the veteran dancer stages two-hour long shows each day in Chennai during the Marghazi season, a dance and music festival held in December-January every year.

She currently resides in Chennai along with her son, daughter-in-law and grandchildren.

Observing that art in India was unlike in other countries, she averred her dance was a spiritual worship.

“In India, art is not a mere entertainment but transcends it, unlike in other countries. Dance should touch or move the people’s hearts,” she said.

When she’s not spending her time with dance, she loves to play golf, badminton and tennis. “Thanks to my husband, I have developed a huge interest in many sports,” she said.

Vyjayanthimala also strayed into politics when then Prime Minister Rajiv Gandhi insisted on her contesting in the 1984 general election in Tamil Nadu. She contested from the Chennai South constituency for the Lok Sabha elections and won.

“I entered politics because of Rajivji. I won against seasoned politicians and got elected to the Lok Sabha and later to the Rajya Sabha. After he (Gandhi) passed away in May 1991, I lost interest in politics,” she said.

“When Jayalalithaa was the Chief Minister, she invited me for a state-level cinema award ceremony. After all the awards were announced, she told me, ‘You must be thinking why you didn’t get an award! It’s because they’re state awards.’ Your national award will be given by the President tomorrow’. I thought it was very touching,” Vyjayanthimala recounted.

And when Jayalalithaa passed away on December 5, 2016, in Chennai, Vyjayanthimala could not contain herself.

“I still have nice pictures taken in her office, which I will cherish forever. I hope the mystery surrounding her death is solved, as she was a smart lady who meant well for the country.”