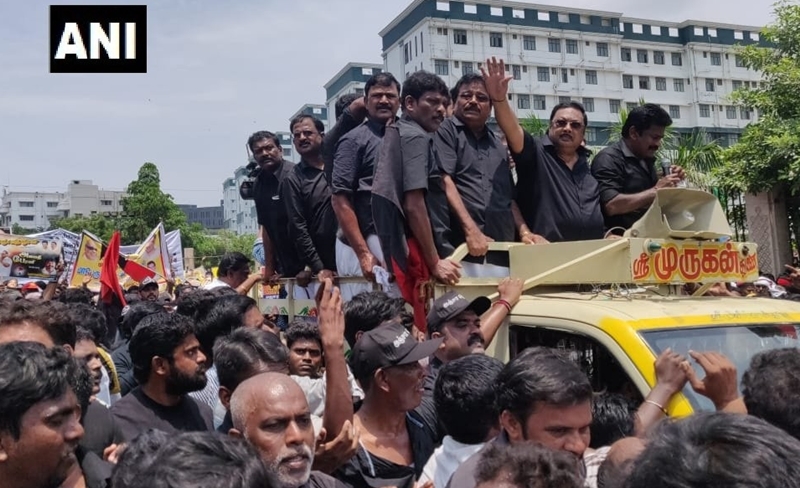 Chennai: Expelled DMK leader M K Alagiri led a rally of his supporters in a show of strength to the mausoleum of his late father and DMK patriarch M Karunanidhi at the Marina beach here Wednesday. Dressed in black, to condole Karunanidhi’s death, the rally began from Triplicane.

After walking for a while, Alagiri hopped on to an open van, waving enthusiastically to cheer his cadres.

Alagiri said some day ago that he was ready to accept the leadership of his estranged brother M K Stalin if he was admitted into the party. Hei was expelled from the DMK in 2014.