Minissha Lamba opens up about her play ‘Mirror Mirror’ 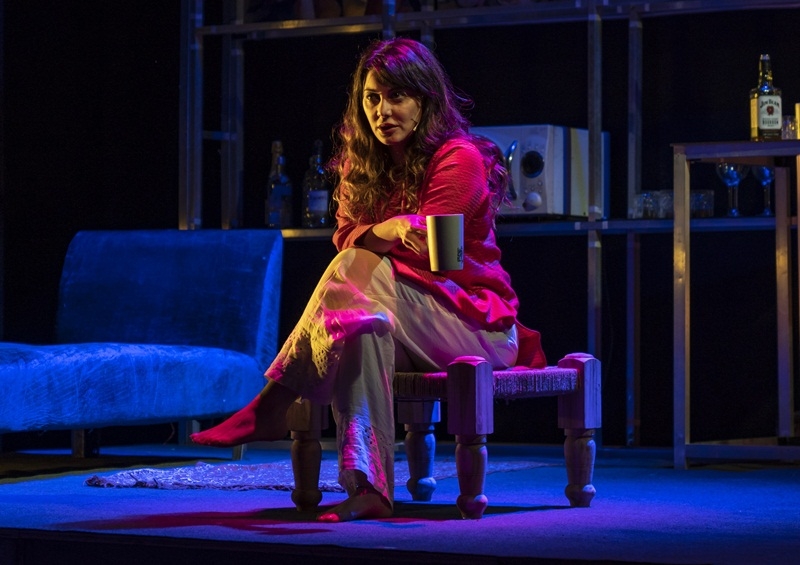 A story of sibling rivalry, Mirror Mirror traces the relationship between identical twins Minal and Maanya. It is a riveting story of a woman placed in the most extraordinary circumstances that forever change her destiny.

“The play is called Mirror Mirror and I play a woman who is talking about her life story. In the telling of the story, she has played all the characters that have made up the past of her life story,” says Minissha.

The character is an extremely complexed woman, who is a great achiever, there’s so much that she has done in life, but it is her innate sense of insecurity regarding her sister that ruins her life. There are other characters as well like her parents, her younger self, her sister, uncle, aunt, her son, and her husband.

Twist in the tale

Mirror Mirror is a story of sibling rivalry written by the critically acclaimed director, Saif Hyder Hasan. This 75-minute solo performance traces the relationship between identical twins Minal and Maanya essayed by Minissha. Minal leads a happy childhood till her sister Maanya, who was living with her uncle, is brought back home. This shakes up Minal’s childhood and sows within her seeds of hate. As she grows up, Maanya’s shadow keeps looming over her. She blames everyone from her parents to her teachers and her friends for preferring Maanya over her. One day, the teenaged Minal, after copulation, discovers something horrific that forever changes her destiny – the destiny that she tried designing.

Two different sides
Cinema and theatre are two very different mediums. In theatre, you are live whereas in cinema, it’s all shot and recorded. “It is very challenging and very different. I have been working for 10 years as an actress, but it is amazing how, when you change the medium, suddenly you have to learn and relearn things,” affirms Minissha.

According to Minissha, one also gets to evolve a lot while performing. In films, you get only that one chance or day to shoot the scene and once it’s done it’s done and it is preserved for posterity. In theatre, however, you can improvise in your next show.

“They are both challenging,” Minissha shares. “It’s difficult to pick one over the other or choose which one is easier. But why I am enjoying doing theatre right now is because this show is a solo role where there’s only me on stage and the actor in me is just loving that!”

“The reason behind me being off the screen is just that I was not getting any decent work and rather than do work that is cringe-worthy, I thought it’s better not to work. Right now, Mirror Mirror is keeping me occupied. I am occupied with television too right now, since I am doing a daily soap – ‘Internet Wala Love’ on Colors channel, where I am the boss at work. It’s a story of our internet age and our relationships over social media,” she reveals.

There is fare that lightens up your mood, and other fare that brings back your hope. Referring to Mirror Mirror, Minissha avers, “Every work of art or entertainment is not necessarily to learn something or to give a message to the audience. People want to be entertained today. They want to watch interesting stories. This is a play with an interesting story. It’s a psychological thriller. People who love theatre or English theatre or who are looking for something new, will find it engaging. It’s an original screenplay,” she concludes.