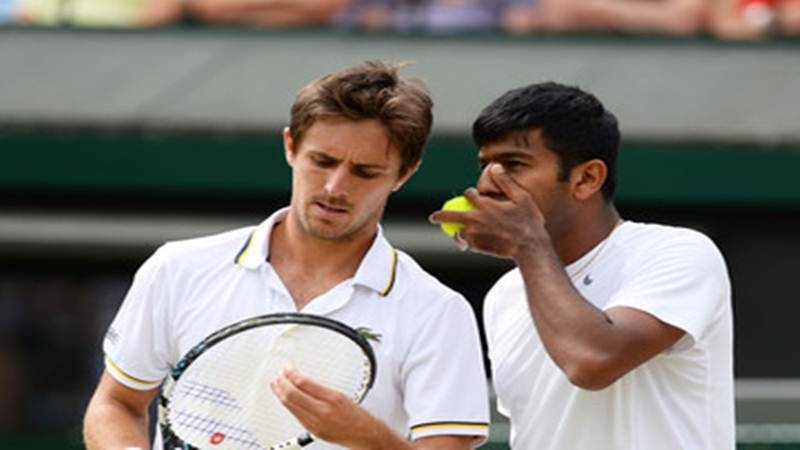 Florida: Indian tennis ace Rohan Bopanna and his French partner Edouard Roger-Vasselin suffered a major blow as they crashed out of the Miami Open after going in the second round of the men’s doubles event here on Monday.

The Indo-French duo failed to replicate their opening-round performance and slump to a 6-7 (5-7), 2-6 defeat at the hands of the American pair of Steve Johnson and Sam Querrey in a round-of-16 clash. With the win, Johnson and Querrey will now lock horns with the winner of another last-16 encounter between the South Korean-Canadian team of Hyeon Chung-Denis Shapovalov and the Colombian pair of Juan Sebastian Cabal and Robert Farah.

Earlier, Bopanna and Roger-Vasselin bounced back from a set down to register a brilliant 4-6, 6-2, 14-12 win over the duo of France’s Adrian Mannarino and Russia’s Daniil Medvedev in the opening round of the men’s doubles event.