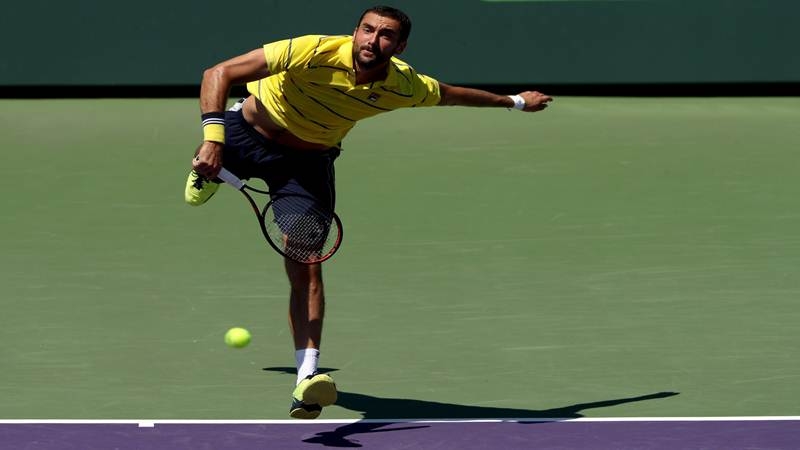 Miami: Croatian tennis player Marin Cilic qualified for the ATP Masters 1000 quarterfinals in Miami with his 7-5 and 7-6 (4) victory over Canada’s Pospisil.

Pospisil, No. 77 in the ATP rankings, had the chance to break the World No.3 Croatian’s service at the beginning of Sunday’s match.  But he failed to take advantage of the two opportunities provided by Cilic, who did benefit from a break in the the 12th game, thus winning the first set, reports EFE news agency.

In the second set, the Canadian delivered a break and the Croat threw in another two, ultimately resulting in a tie-break that Cilic won.
Pospisil had lost to the Croat in the first round of the Australia Open early this year, with the latter in turn eliminating the World No. 1, Spain’s Rafael Nadal, and making it to the finals, only to lose to Switzerland’s Roger Federer.

But the Swiss player was eliminated in Miami on Saturday by Australia’s Thanasi Kokkinakis. Cilic is now slated to go up against the winner of the duel between US player John Isner and Russia’s Mickail Youzhny in the quarter-finals.