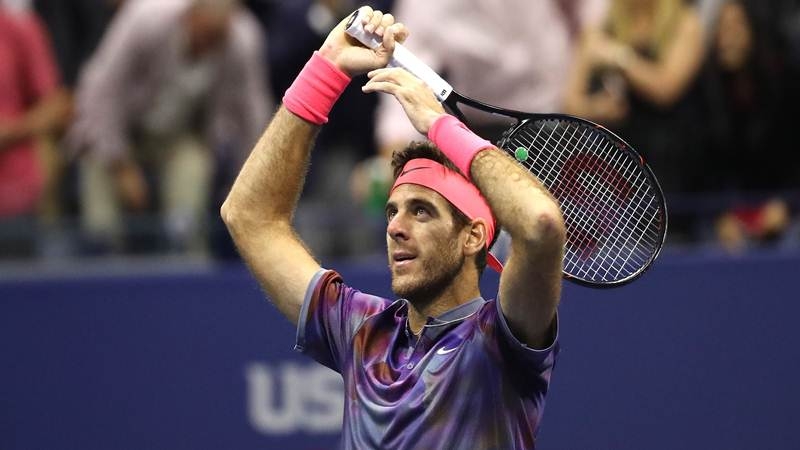 In the next round, Del Potro will face off for the first time on the ATP circuit against Serbia’s Filip Krajinovic, the 22nd seed in the Miami Open who eliminated France’s Benoit Paire 6-3, 6-3 to move into the quarter-finals, reports EFE news agency.

Del Potro, the fifth seed in the tourney and fresh off his victory at the Indian Wells Masters, could be the 11th tennis player in history to win both the California desert tournament and the Miami Open in the same year.

The fact that World No.1 Roger Federer was knocked out of the tourney on Saturday gives Del Potro a significantly greater chance of scoring the double win on Key Biscayne. Although Nishikori broke Del Potro’s service early in the first set on Sunday, the Argentine recovered quickly and in the fifth game broke back, later going on to power over his rival for the set.

With a phenomenal 77 percent of first-service shots, Del Potro was like a whirlwind on the court against Nishikori, who was plagued by bad luck and committing 27 unforced errors, nine more than his opponent. Although the Argentine had admitted to being “physically and mentally exhausted” after his spate of 12 consecutive victories at the ATP 500 in Acapulco and Indian Wells, his first Masters 1,000 title, he showed no signs of being tired on Sunday.

Nishikori, currently ranked No.26 by the ATP and who had risen to World No.4 within the last 10 years, did the best he could against Delpo, but he couldn’t muster enough stuff on the Argentine despite the latter’s spate of injury reversals, which almost led him to retire two years ago.