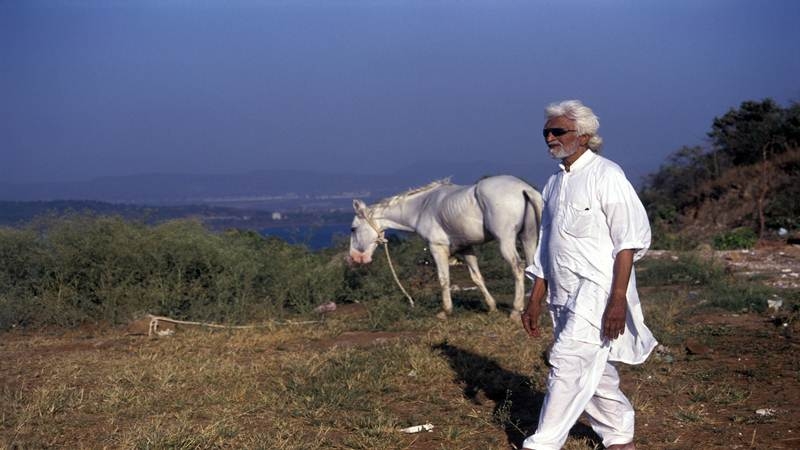 A master painter, a colourful persona, a filmmaker with a difference, Husain is an enigma even to the ones who know him best, writes Pradeep Chandra.

“I love the idea of being a bioscope walla” -Husain

Maqbool Fida Husain, the name conjures a plethora of images and   stories in the minds of people who are aware of his legendary status. A master painter, a colourful persona, a filmmaker with a difference, a lover of the most expensive cars on earth, a painter who prefered to walk barefoot — Husain was an enigma even to the ones who knew him best. That Husain was one of the greatest painters in the world is indisputable, but here we talk about his interest in films.

Husain was born in the Holy city of Pandarpur on September 17, 1915. His mother passed away when he was very young, and a longing for his mother, led Maqbool to see his mother’s face in every woman he met and painted, he had told this writer once in a candid chat. His father remarried and the family shifted to Indore where he did his initial studies and made several friends. Indore is the place where he met the famous Narayan Shridhar Bendre who recognised the artist in Husain and encouraged him to pursue art. It was only after N S Bendre intervention, that Husain’s father appreciated Husain’s art and bought him his first set of expensive tube colours.

Since his younger days, Husain was fond of cinema and had harboured the desire of being a filmmaker since the age of 15. He was also fond of Ramlila, but he was in awe of cinema. When he saw V Shantaram’s ‘Sinhagad’ in 1933 he went and sold his books to buy paint as he wanted to do a painting of the Maratha King’s fort. Another of Husain’s favourite was ‘Devdas’ by PC Barua (1935). Husain had always wanted to be a part of Indian Cinema, its history, and it’s no wonder that when he passed away, he was working on a series of 100 paintings to celebrate the centenary year of Indian Films. 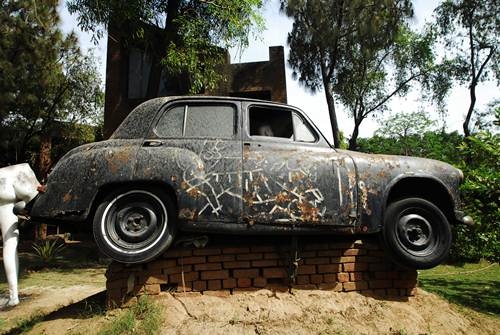 Husain was aware that he wouldn’t be able to fulfil his dreams in Indore, and hence, shifted his base to Bombay and started making film hoardings at Grant road, Badar Baug – and Bombay is also the place where fell in love, got married and made a home. Husain met the makers of ‘Anarkali’ and did some work for them, but unfortunately, he neither got credit nor was paid for his work. But he had kind words for K Asif, who was making ‘Mughal E Azam’. Asif had asked Husain to create a set and also design some costumes for a song. Husain once said to this writer, “Asif sahab Shareef insaan they, he paid me for what I did.” Husain also had formed a company named Maqbool Cine Painting Works.

His first break as a filmmaker was when the director of Films Division Jehangir Bhownagery (1966), asked Husain to make a short film titled ‘Through the eyes of a painter’, which was shot in Rajasthan. And the film had left everyone baffled post-screening. Only Mrinal Sen commented after watching the film, “I like Rajasthan more; I wouldn’t say it’s a perfect film, but it’s definitely a work of art.” The film was then screened at the Berlin Festival and had won a Gold Bear. Some notable shift films that Husain made comprise of ‘Folk Dances of God and Men’, ‘Calcutta Unlimited’ and many more.

No mention of Husain and his association with films is complete without the mention of his magnum opus, ‘Gaja Gamini’, which featured Bollywood’s dhak dhak girl, Madhuri Dixit. When this writer had asked him, why did it take such a long time for Husain to make his first feature film (‘Gaja Gamini’), Husain had said, “It took me 60 years to realise a dream, of which 30 years were spent in allowing Madhuri to arrive.” 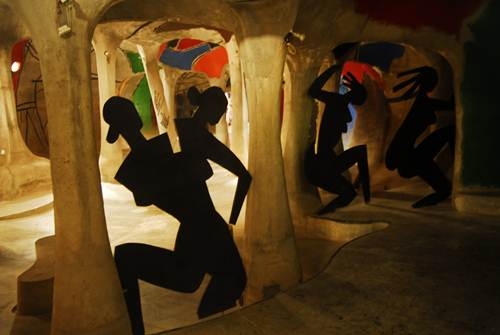 ‘Gaja Gamini’ was a piece of art and was made in typical Husain’s unique style. Husain had painted the entire script in over 100 feet of canvas, and had then shot the movie. And the movie was dedicated by Husain “to the woman who gave birth to me and the woman who lives in my art”. Speaking about the film, Husain said he had made “Celluloid on Canvas”.  And Madhuri’s comments were thus: “It is neither a commercial film nor an art film; it is a film on its own terms. It is defined by its form, not its content. What truly attracted me to ‘Gaja Gamini’ was its form.” But before ‘Gaja Gamini’, Husain had produced a film titled ‘Pandarpur Ka Ek Ladka’, an autobiographical work, but was shelved after four days of shooting at film city.

Four years after the debacle of ‘Gaja Gamini’, Husain was ready with his next film ‘Meenaxi: A Tale of Three Cities’, for which he had also penned two songs. With this film Husain emerged as more zealous and passionate filmmaker. While ‘Gaja Gamini’ captured the image of a woman through history, ‘Meenaxi’ dealt with a modern woman. The film moves through three cities – Hyderabad, Rajasthan and Prague. The painter plays with the camera as deftly as he plays with the brush. 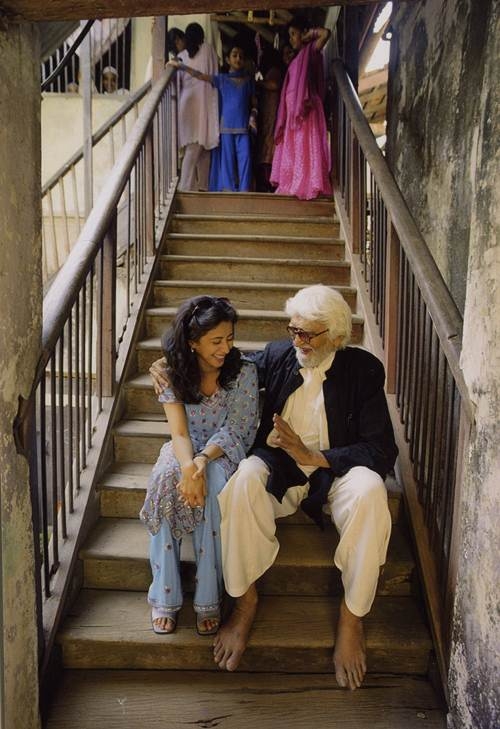 As a painter, Husain’s repertoire includes paintings of film personalities like Charlie Chaplin, Raj Kapoor, Dev Anand, Dilip Kumar, Amitabh Bachchan, Madhubala, Madhuri Dixit (over a dozen of her). Once when this writer asked him why so many paintings on Madhuri, he had then said, “Few years from now these paintings will be only remembered as my art.”

Dev Anand best describes Husain in his autobiography, in which he wrote: “I had just returned from a tour across the country and was relaxing under the gaze of Van Gogh painting when in walked a tall, slim, silvered hair, long bearded bespectacled man, a stick in his hand, bag hanging from the shoulder his feet bare under crumpled slacks, radiating a warm smile. The painter had come unannounced to offer his congratulations for a glorious career.” “I see a part of you in me, Dev Saab. Your carefree creative restlessness all very colourful,” Husain had said to Dev Anand, when they met for the first time.

In the latter part of his life, he was planning to direct a comedy film with actress Urmila Matondkar, who was a part of Husain’s Eid celebration in Mumbai, the last one before he left the country; and the film was never made. When this writer attended the same Eid celebration, and shot a picture of him, he never realised this would be his last Eid in this country.