MF Husain death anniversary: Meet the 5 muses of the artist 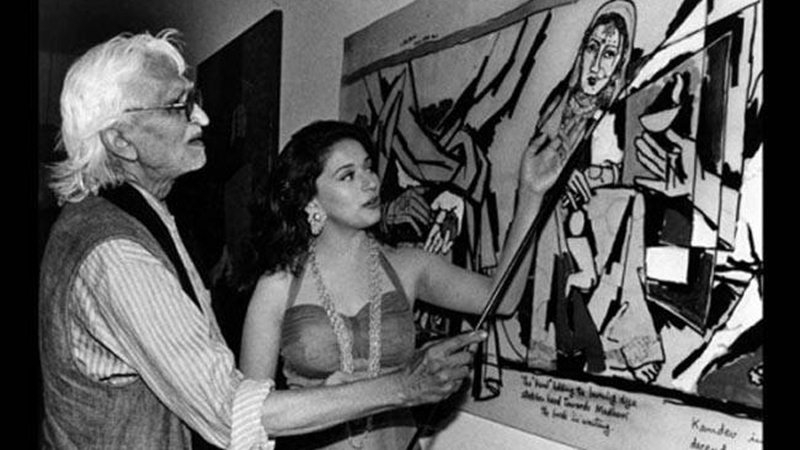 Maqbool Fida Husain aka MF Husain, also referred to as the ‘Picasso of India’ by Forbes magazine, is one of the famous painters of India. He is known to express without fear and hence has received open threats from right-wing groups. He has been credited for modernising Indian art as he is one of the founding members of the Bombay Progressive Artists’ Group. His paintings not just received praise but also gained criticism for all the wrong reasons. Though he was a celebrated and respected painter, he has his own share of fans as well as haters. He met with heavy criticism for his nude depictions of Hindu goddesses. And this act of Husain forced him to seek asylum in countries like Qatar and England. He never made back to India and debates surrounding his exile continued for years even after his demise on June 9, 2011. During the course of his career, he also tried his hands in photography and filmmaking. He directed a few movies that met with critical success. His film ‘Through the Eyes of a Painter’ (1967), received the prestigious National Film Award for Best Experimental Film. He also made ‘Gaja Gamini’ (2000) and ‘Meenaxi: A Tale of Three Cities’ (2004). The latter was screened and appreciated in the Marche du Film section of the Cannes Film Festival 2004. On the occasion of the artists’ 7th death anniversary, as a tribute to MF Husain, we feature his muses. 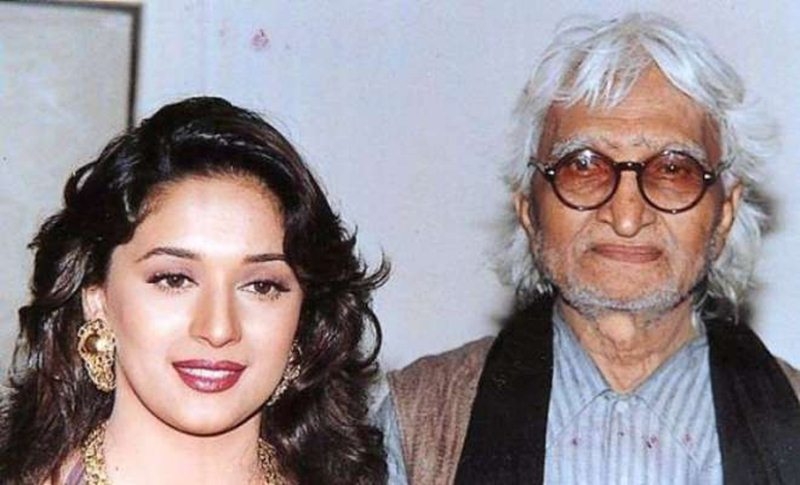 The ‘Dhak Dhak Girl’ is the first cinematic muse who he featured in ‘Gaja Gamini’ (2000) opposite Shah Rukh Khan. His love for her led her to reinvent his career as a filmmaker. He was so charmed by her beauty that he watched ‘Hum Aapke Hain Kaun’ 67 times and even booked an entire theatre to watch her comeback movies ‘Aaja Nachle’ (2007). He called her classic beauty and even immortalised her beauty in his paintings. No matter how many divas continued to adore him, Madhuri always remained the ‘Queen of his heart’. 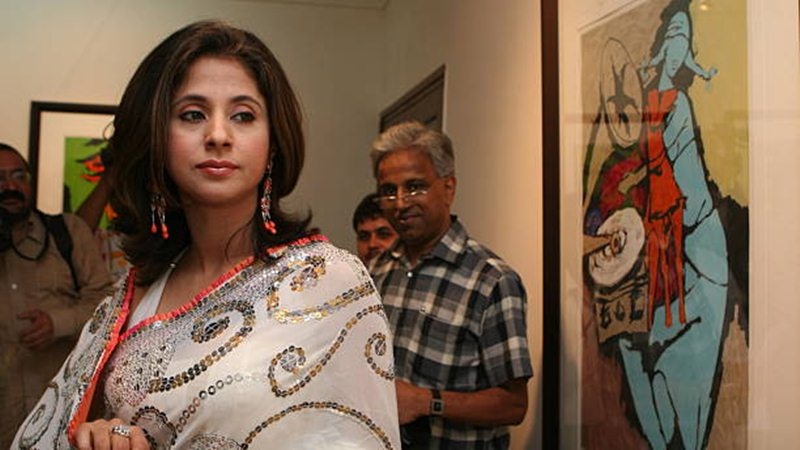 The artist was also impressed with Ram Gopal Varma’s discovery Urmila Matondkar. The actress who is known for her intense performances was tagged ‘funny’ by the artist. He offered her a film and was quoted as saying, “Urmila was the right person for the role. Her body language conveys something very funny. Her face has that kind of expression. I choose an artist according to the requirement of a film.” He even regretted not having featured the Rangeela girl on the silver screen. It is said that once Urmila visited the artist’s studio while he was painting and asked him for one painting. He gifted her a painting but did not sign on it. 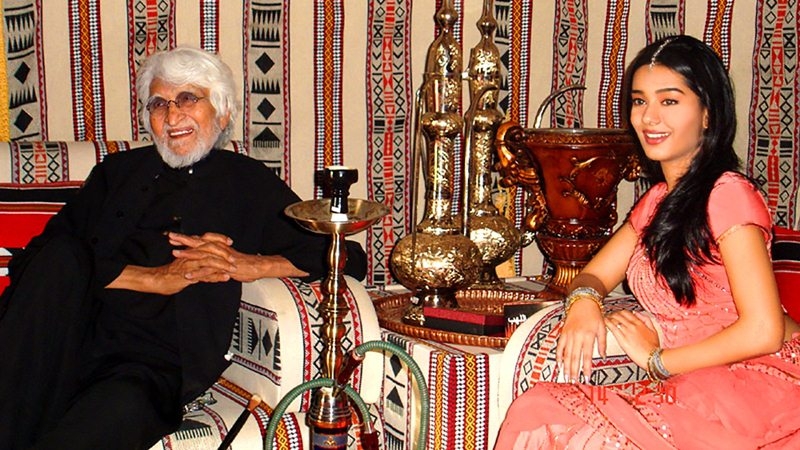 The next actress to join MF Hussain’s list of muses is Amrita Rao. He ranked her second after Madhuri Dixit, who defines Indian beauty. He was so impressed by the actress’ simplicity that he watched her film ‘Vivah’ nine times. It is also said that he organised a grand farewell for ‘Vivah’ at a cinema hall in Dubai. He has also painted her live at Dubai museum. 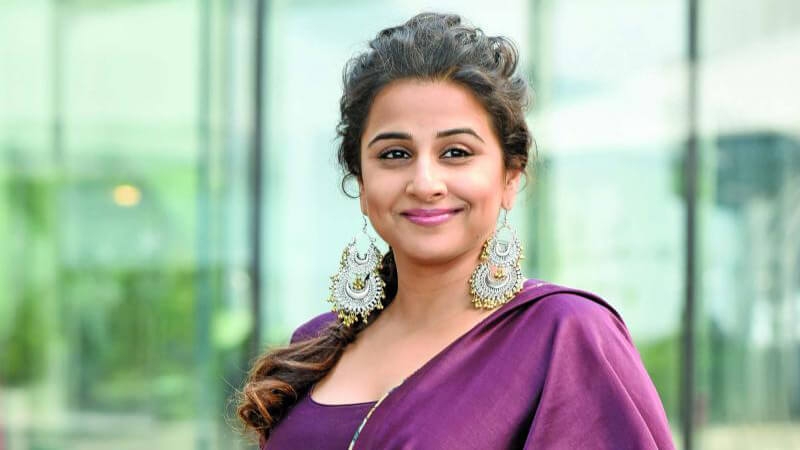 Husain was so amazed by Vidya Balan’s beauty that he watched her film ‘Ishqiya’ 12 times and planned to make a film while he was in Qatar. He also planned to capture her on canvas. He was quoted as saying, “She’s gorgeous and blessed with an earthiness, which enchants you. She has certain unique characteristics, which suit the main protagonist in my new film Comedy.com. I have already started working on the script. As the name suggests, it will be a full-on comedy, which will be subtle and not slapstick. God willing, I will start the project as soon as Vidya allots me the dates.” 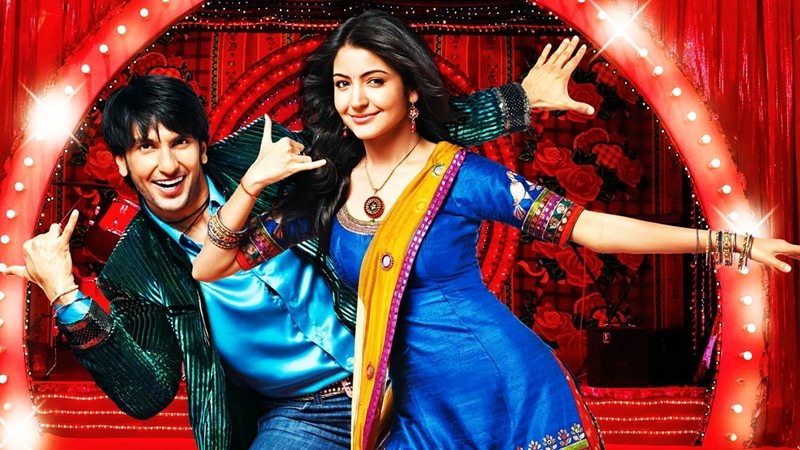 The last diva to amaze MF Husain was Anushka Sharma. After watching her film ‘Band Baaja Baraat’, he was so smitten by her beauty that he watched the film 10 times. The artist called up Yash Chopra and expressed his desire to paint Anushka, who in turn informed the actress. It is said that Husain even conveyed his love for her all the way from Qatar.