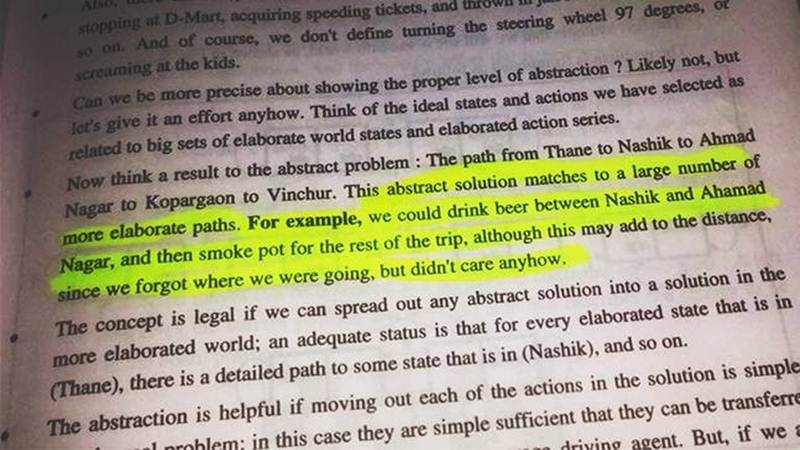 Mumbai: Textbook Publication and Curriculum Research has told the Bombay High Court that meticulous planning and preparations were done before the publication a Class 9 history and political science textbook. Sunil Magar, director of the textbooks bureau, filed an affidavit last week in response to a petition by city resident Amritpal Singh Khalsa, who has sought changes in the textbook.

The petitioner has referred to a chapter in the textbook on ‘Operation Blue Star’, which describes Jarnail Singh Bhindranwale and others involved in the Sikh struggle as terrorists. Khalsa has argued that the comments in the textbook were defamatory and made without any research, as there is no police record naming Bhindranwale in an FIR.

The textbooks bureau in its affidavit denied the accusations and said meticulous planning and preparations precede the printing and publication of any textbook. The affidavit stated that the history and political science book was written by Ganesh Raut, head of the history department of H V Desai College, Pune.

It said the draft prepared by Raut was scrutinised by 30 experts on the subject, and the draft was also reviewed by two quality reviewers. It said the author of the book has referred to several articles published in newspapers, periodicals and websites, a “white paper” published by the Union government on the Punjab agitation, former prime minister Indira Gandhi’s address to the nation on June 2, 1984, annual reports of the Ministry of Home Affairs and books published by senior Army and IPS officers involved in ‘Operation Blue Star’.

The affidavit added that it would be impossible to recall the textbook and withdraw the statements, as 22.45 lakh copies of the book have been published in eight languages and distributed for use by 19.44 lakh students across Maharashtra. The petition is likely to come up for hearing in January 2018.