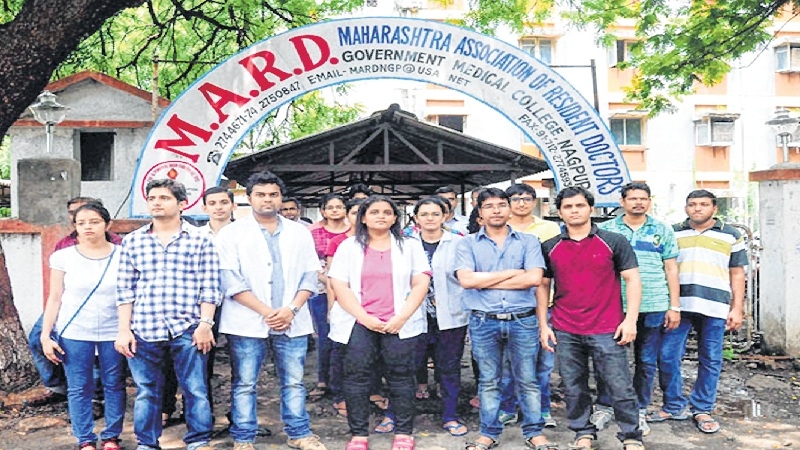 Mumbai: The Maharashtra government is contemplating whether to invoke the Anti-Strike Act Maharashtra Essential Services Maintenance Act (MESMA) on medical colleges. But, the decision of the state government has not gone down well with the resident doctors in Maharashtra. The Maharashtra Association of Resident Doctors (MARD) have opposed the medical education ministry’s proposal. The doctors union has said the government is trying to suppress the voice of the doctors by applying MESMA on them.

Dr Lokesh Kumar Chitwadkar, President of MARD states the Maharashtra state government’s decision to be completely wrong, as before taking any step they should look into the aspect of why at the first place doctors and nurses go on strike.“The government should take action if any doctors are going on strike for their personal interests. But, rather than finding the real cause, the government is trying to suppress our voice,” added Dr Chitwadkar.

He further stated, for the past few months they are trying to meet the Medical Education Minister to put forth their demands. However, the government is not ready to listen to our demands. If the Maharashtra government want to slap anti-strike law, and MARD will oppose the move. “To slap MESMA, means the doctors will have to listen to what the government says. If this happens no doctor will work in the government hospital. And this again will have its effect on the patients,” Dr Chitwadkar added.

Dr Pravin Shingare, Director, Directorate of Medical Education and Research (DMER) said, MESMA is applied for six months, and when the stipulated time period is over, we have to issue it again. The stipulated time period of the earlier MESMA has ended.  “We have sent a fresh proposal to the government to invoke MESMA again. During the doctor’s strike, the patient has to suffer a lot and the health system collapses. To stop this, the government is deliberating upon this,” added Dr Shingare.

He further added, “Not only the resident and intern doctors, the senior doctors, nursing staff, technician and the workers will also come under the ambit of the act. If a sudden strike is announced in the hospital, this process takes 2-3 days. So, the government is contemplating this.”

Meanwhile, the intern doctors from Maharashtra, Indian Medical Association (IMA) and the resident doctors union of the All India Institute of the Medical Sciences (AIIMS) have also extended their support in concern of the resident doctors. Dr Parthiv Sanghvi, Secretary of the IMA, Maharashtra, said the government should not apply MESMA to the doctors. In government hospitals, the doctors are attacked and assaulted by the patient’s relatives. “The only way the doctors can protest is to strike. But, the government wants to take the tool away from the doctors. We oppose it,” added Dr Sanghvi.