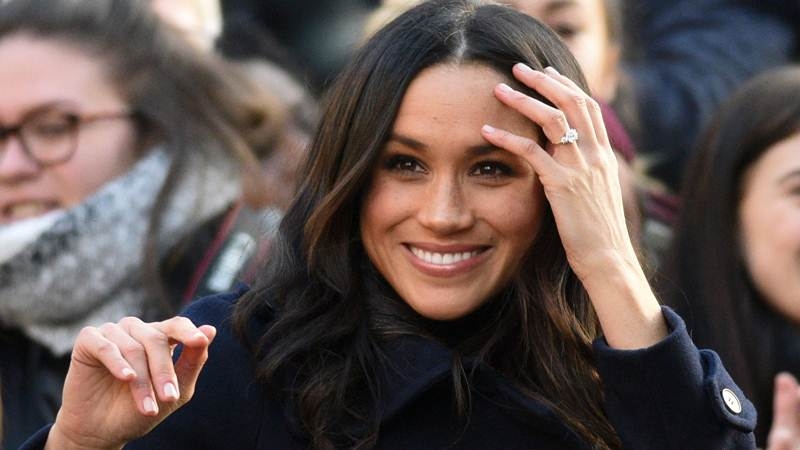 As the world sets its eyes on the Royal Wedding to be held on May 19 this year, the to-be bride Meghan Markle is just a few days away from tying the knot with Prince Harry and being a part of the royal family. Post the engagement, Markle’s high school theology teacher came forward to share one immediate thought she had on the same.

Maria Pollia, a teacher at Immaculate Heart High School exclaimed how lucky Prince Harry was and that she remembers Meghan distinctively even after all these years. “I know Meghan. And I know that she is someone who is a very unique individual who has the depth, and the intelligence and the focus, but also the joy to be a wonderful companion for him and for them to be companions to each other in what is probably a very stressful way of life”, she said, as reported by CNN.

Although it’s been more than 20 years since Meghan left school but the imprint she left on her teachers and those near and dear to her still lingers. Pollia states that she remembers Markle as a young, curious, and deeply caring student who seemed mature beyond her years. Well, the royals have definitely seized a catch for their beloved Prince.
“She was also a very unusually compassionate person, and developed that compassion quite early in her life,” she says. Pollia also added on the fact that the seed was planted early and hence Meghan bloomed to be known for what she is today.

Markle and Pollia go back to her sophomore year in the class “Engaging God.” Here Pollia taught Markle’s class the Mystics and how throughout Catholic history they tried to care for the marginalised and find a way to reach out.

Pollia told the class how she volunteered at a soup kitchen on Skid Row, what she saw, what she was confronted with. “Megan approached me after class and said, ‘You know, when I was about 13 I volunteered at a kitchen on Skid Row and I was really scared. But I really, really, really want to go back. How did you do it? How do you go there?” So Markle and her teacher got to talking. It’s a conversation from decades earlier that Markle recalled when interviewed in the book “The Game Changers: Success Secrets from Inspirational Women Changing The Game and Influencing The World.”

“I remember one of my mentors (Mrs. Maria Pollia) told me that ‘life is about putting others’ needs above your own fears,'” Markle said. “Yes, make sure you are safe and never, ever put yourself in a compromising situation, but once that is checked off the list, I think it’s really important for us to remember that someone needs us, and that your act of giving/helping/doing can truly become an act of grace once you get out of your head.”

It humbles Pollia to have heard that. She’s even more impressed with what Markle took from the conversation. “She created relationships with the people who were at the kitchen because she would come back,” Pollia remembers.

So now as Markle prepares to walk down the aisle Pollia concludes, “I think it’s wonderful to know that she is still that person and, and that now with her place in the world, she’ll be able to do that even greater scale,” Pollia says. “I think that they are both very aware of that. And I think it’s wonderful that they will be companions to each other on that journey.”

Watch this space for updates on the Royal Wedding.