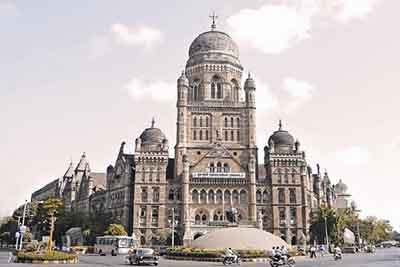 Mumbai: In a bid to bring smiles on the faces of civic employees, the civic administration on Monday announced a Diwali bonus of Rs 14, 000 for over one lakh civic employees and Rs 5,500 for the Brihanmumbai Electricity Supply and Transport (BEST) employees.

After several disagreements between the political parties and civic administration over the increase in the amount, the authorities locked the final amount on Monday. “The bonus will be directly transferred in the accounts of the employees within a day or two,” said city Mayor Snehal Ambekar.

With just three months to go for the civic polls, the Shiv Sena party in the civic body came down heavily on the civic administration over deciding the bonus as the administration had quoted an amount of Rs 12,500 which was not accepted by the party.

Trushna Vishwasrao, Sena House leader in the civic body, said, “We had demanded Rs 15,000 as a bonus to the civic employees, however, they locked in Rs 14,000. The administration wanted to pay Rs 12,500 which was denied by the party. Civic chief Ajoy Mehta gave an excuse of loss of revenue due to Goods and Service Tax (GST) bill, to reduce the amount from the employee’s bonuses.”

Altogether, the bonus would cost the Municipal Corporation of Greater Mumbai a whopping Rs 154.68 crore whereas last year it was 149.6 crore. An additional burden of Rs 5.5 crore has been included in this year’s bonus. Further, the civic body will give a loan of Rs 24 crore to the BEST authorities for disbursing the bonus, which is Rs two crore more than the previous year.

Vishwasrao added, “Although, the employee unions had demanded Rs 20,000 but after a meeting with the authorities, the final amount was fixed.”

Exact bonus amount to every department