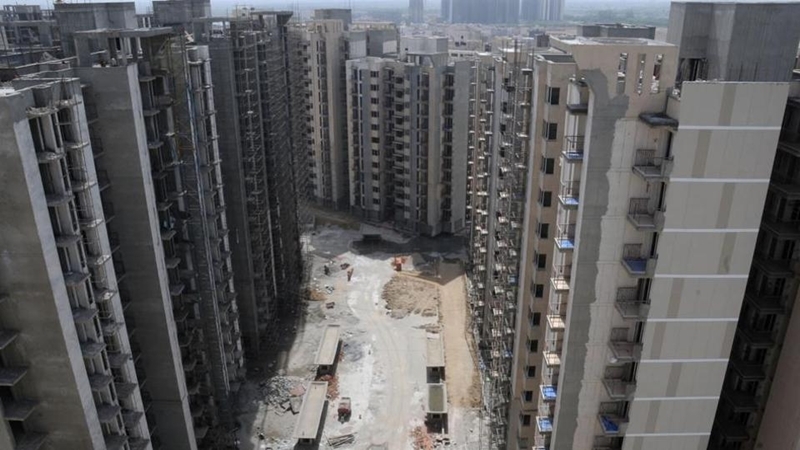 Bhayandar: More than seven years after the Mira Bhayandar Municipal Corporation (MBMC) rolled out a project under the Dr. Babasaheb Ambedkar Shramsafalya Avas Yojana, to provide free houses to conservancy staff who have put in 25 or more years of service, 177 beneficiary families are still awaiting with their fingers crossed even as 20 workers have already passed away with the dreams of owning a home in their eyes.

In an effort to provide better living conditions to conservancy staff, the government had directed all civic bodies across the state to provide permanent housing accommodation, with a carpet area of 269 square feet  to conservancy staff (25 or more years of service) at the time of retirement and in case a worker dies during service period the family is entitled to own the house which will be non-transferable.

“Under the scheme we committed to provided housing to all beneficiaries and it will be ensured that justice prevails,” said MBMC Chief Balaji Khatgaokar. While 68 beneficiary families were handed over accommodation under the scheme  in August-2015, others are staring at an uncertain future as the civic administration is yet to initiate steps to generate units to fulfill the growing demands of accommodation under the housing scheme, this despite a notification issued by the state urban development department.

“Despite identifying 177 beneficiaries, the administration has mysteriously sent a list of just 85 for approval to the   committee headed by the District Collector. We have strongly opposed the move and demanded disciplinary against concerned officials for the blunder,” said an officer bearer of Kamgaar Sen which is fighting for the rights of the under privileged workers attached to the various department in MBMC.