Mayawati hits back at BJP, says ties with SP not selfish 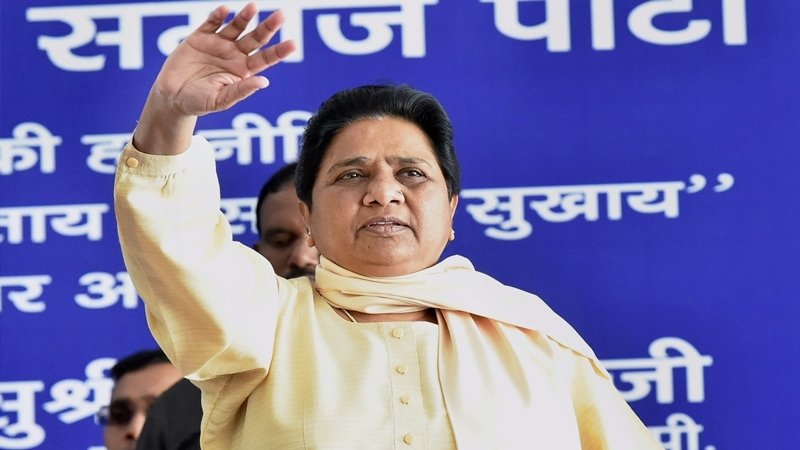 Lucknow: Accusing the BJP of seeking to drive a wedge into the new-found bonhomie between her party with the Samajwadi Party, Bahujan Samaj Party chief Mayawati today said the two parties’ “friendship” has been forged in national interest and not to meet any selfish end.

“The BSP’s close ties with the Samajwadi Party are not for any selfish motive but in the national interest,” she said, emphasising that the opposition parties will have to work jointly to stop the BJP from coming to power at the Centre. She said the non-BJP parties should come together to address the problems suffered by the common people, including the poor and the youth because of the “wrong policies of the BJP-led central and state governments.”

Mayawati said the BSP-SP friendship is also being welcomed all over the country. “The BSP and the SP workers  will not fall prey to the BJP’s designs in the interest of the nation and the people as we, along with all opposition parties, will have to definitely stop them from coming to power at the Centre this time.

“Since the BJP is now finding this (tie-up) taking shape, their leaders are issuing unfounded statements against the BSP-SP relationship,” she said, days after the “understanding” between the two arch rivals came in for sharp criticism from the saffron party, which lost key Lok Sabha bypolls in Gorakhpur and Phulpur to the SP.

The BSP supremo also referred to Prime Minister Narendra Modi’s remarks on dalit icon and chairman of the Constitution-drafting committee, Dr Bhimrao Ambedkar in his ‘man ki baat’ programme yesterday and termed it as an “eyewash.” “In the past four years of their governance, they have been continuously indulging in theatrics on issues related to dalits and backwards and any more drama on the issue will not get them any political mileage,” she said.

“The country based on the principle of equality of Dr Bhimrao Ambedkar can never be a reality under the government led by the BJP and the RSS as their mindset is narrow, communal and casteist which is against the very spirit of the Constitution,” she said. “Because of such a mentality, people had kept it out of power for so long and now under the BJP government, dalits and backwards are lagging behind,” she said, adding that the benefits of the Mandal Commission recommendations have been made ineffective by the government just like the reservation for dalits.