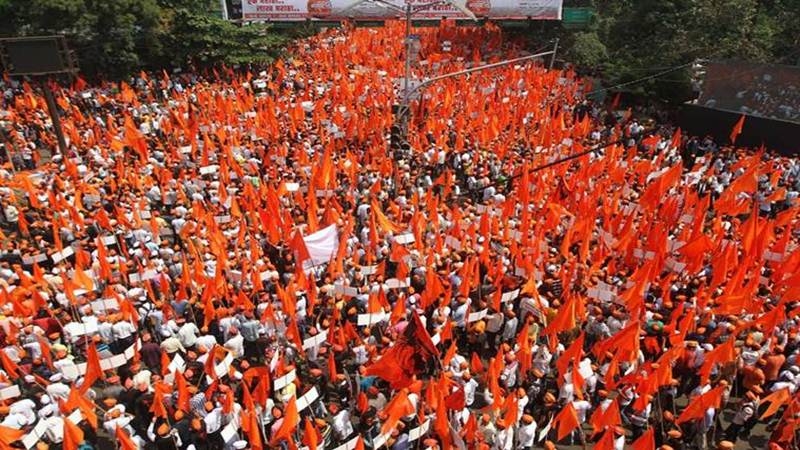 The Maratha community has taken out its biggest-ever protest rally in Mumbai today. The rally has started from Jijamata Udyan in Byculla at 11 am and will conclude at Azad Maidan near Chhatrapati Shivaji Maharaj Terminus by 5 pm. The use of drones, CCTVs, technical surveillance and 7,000 police personnel have been assigned to avoid traffic chaos and ensure that the protest doesn’t lead to any law and order problem. In order to ensure a smooth traffic flow, the traffic police have diverted and closed some of the routes.