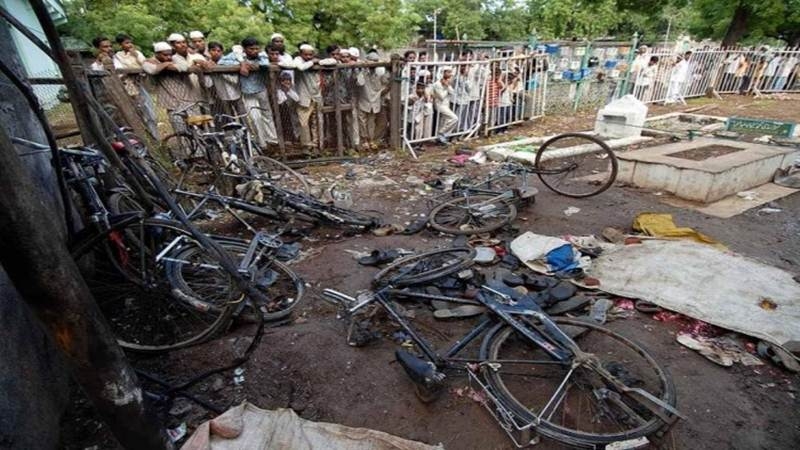 Mumbai: A special court here Friday took strong note of absence of five out of seven accused in the 2008 Malegaon bomb blast case as the framing of charges had to be deferred to October 30.

Judge Vinod Padalkar, presiding over the special National Investigation Agency (NIA) court that is handling the case, cautioned the accused against delaying the proceedings. He took a strong exception to the fact that only two of the seven accused, Lt Col Prasad Shrikant Purohit and Sameer Kulkarni, were present in the court.

The court deferred the proceedings to October 30 and said this was the last chance for the accused to follow the court’s order and remain present in court. Framing of charges is a process after which the trial in a criminal case starts.

“It seems that the accused are intentionally avoiding coming to court. If they fail to remain present on the next date, appropriate orders will be passed against them,” Judge Padalkar said.

Meanwhile, a division bench of the Bombay High Court Friday admitted a plea filed by Purohit, challenging a lower court order on his prosecution under the Unlawful Activities (Prevention) Act (UAPA). The high court is likely to hear the plea on October 29.

Six people were killed and over 100 injured when an explosive device strapped on a motorcycle went off near a mosque in Malegaon, a town about 200 km from here in North Maharashtra, on September 29, 2008. Those accused in the case were Purohit, Kulkarni, Pragya Singh Thakur, Major (Retd) Ramesh Upadhyay, Ajay Rahirkar, Sudhakar Dwivedi and Sudhakar Chaturvedi.

All of them would face trial under the UAPA, an anti- terror law, and other sections of the Indian Penal Code, for murder and criminal conspiracy, among other charges. The special court had earlier this month rejected their pleas challenging the applicability of the UAPA against them.