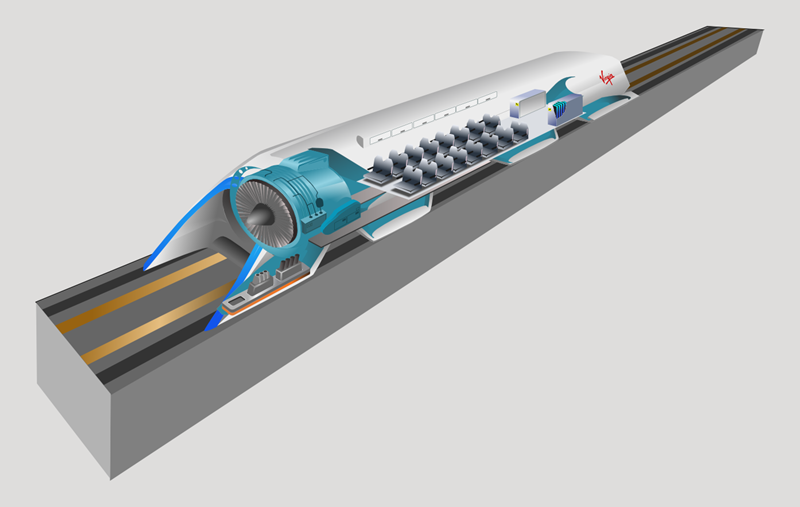 How would you feel if you could move at airplane speed and reach from Mumbai to Delhi in just over an hour without leaving the ground? Sounds like something out of a sci-fi movie doesn’t it? Well, that is an idea the wonder boy of Silicon Valley, Elon Musk, had way back in 2012. At an event in Santa Monica, California he put forward his idea for an alternate mode of transportation. Musk then put out the plans to this exciting new technology on his Tesla and SpaceX websites and called it the Hyperloop – a high speed mode of transportation with speeds up to 1,200kms/hr!

So, how does it work?

The Hyperloop superficially resembles a train, like the Maglev trains (Transrapid) in Shanghai, China, which can reach speeds of nearly 434kms/hr. They do this due to reduced friction caused by using magnets to make them levitate above the rail. The Hyperloop goes one step further by placing capsules inside a tube which is a partial vacuum, creating a low pressure area. Think of it more along the lines of the principle of an air hockey table. The pucks on an air hockey table float around due to little friction with the surface which enables them to move at faster speeds. The Hyperloop does the same thing.

The Hyperloop has some pretty interesting features like immunity to weather, low power consumption, energy storage for a 24 hour-operation and perhaps the most interesting feature of them all is being able to leave for your desired destination as soon as you arrive!

When it comes to design, the Hyperloop Passenger Capsule or Hyper Pod consists of a Coach Pod, a Meeting Pod and a Lounge Pod. The whole system caters to passengers as well as cargo transport. Since, it is powered by solar panels it would be a clean energy mode of transport. Also, it would be a climate controlled capsule and the entire system would be earthquake safe as well!

The technology behind the Hyperloop was made to be open source so that other companies, institutions or individuals can develop and improve upon the idea. In June 2015, SpaceX announced that it would build 1-mile or 1.6 km long test track to be located next to its Hawthorne, California facility and that the track would be used to test pod designs supplied by third parties in a competition. Soon after various companies sprang up to participate in the competition and five were shortlisted as the best in design. These teams are composed of experts from all over the world and are undergoing tests for further selection which would occur sometime this year.

A number of routes have been proposed for Hyperloop systems. It all began with the Greater Los Angeles to San Francisco Bay Area route as suggested in the 2013 alpha-level design document. As of today, there are 11 potential destinations in the US alone which is being called as the Vision of America. Similarly there have been talks with governments and international bodies for having a ‘Vision’ for other countries around the globe. 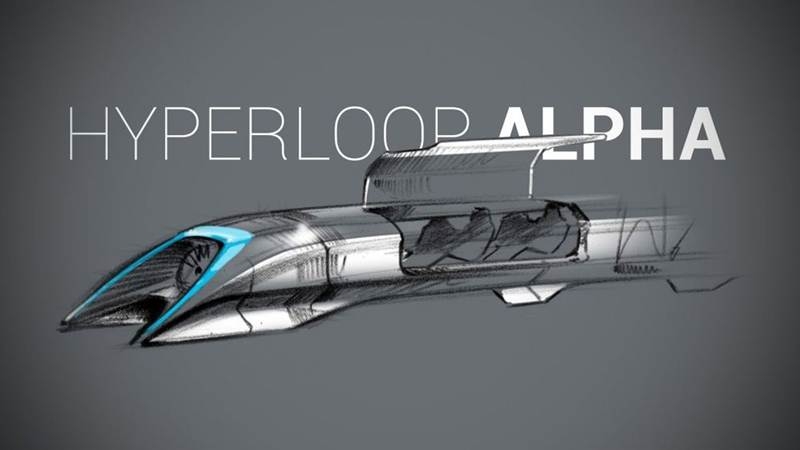 India is also looking to embrace this new technology in the quest for a faster tomorrow. A total of five routes have been proposed i.e. Mumbai-Delhi, Mumbai–Chennai, Chennai-Bangalore, Bangalore-Thiruvananthapuram as well as a port connector project for cargo.

As with any innovation there are critics and detractors of this new technology. They have various concerns about the Hyperloop. The most common concern is the fact that the Hyperloop is superfast but incredibly expensive. The estimated cost of building it would be $6bn for the initial LA-San Francisco route alone. That’s a figure that has economists and skeptics worried about the viability of the project altogether. After all Silicon Valley is known to make promises it can’t keep.

There are a number of variables with every transportation system such as land acquisition costs, the need to tunnel (Dubai plans on having underwater tubes!) and the number of stations along the route, all these variables could increase the cost of the Hyperloop. There are some technical concerns with regards to the development of the technology for the Hyperloop as well. Concerns have been raised about it not being a sustainable daily mode of transport and the possibility that it might just turn out to be a novelty for people.