Making of the Divas – Sridevi 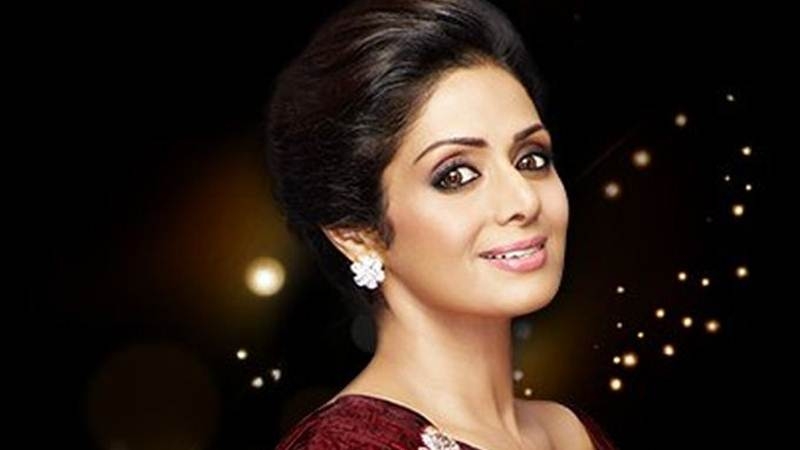 Sridevi passes away at 54 |

Just when we thought that the South would take a respite from ruling the industry where Vyjayanthimala and Hema Malini have been dominating for decades with brief concessions to Mumtaz and another Southern topper, Rekha – we entered the Sridevi era. Since then, we have had Aishwarya Rai Bachchan and Deepika Padukone in top slots too, but the Sridevi era was unique in many ways. Above all, in the matter of comebacks in central roles, Sridevi has been pretty cerebral and therefore lucky. Her 2012 English Vinglish was an adroit choice, and the actress dared to work with a first-time director of non-mainstream sensibilities, Gauri Shinde, and choose the role of a mother who was not a typical weeping or melodramatic specimen.

Also Read: “I was a very shy and lonely child” – Sridevi

In fact, the character moved from submissive to assertive, despite (or probably because of?) a changed cultural backdrop. And even in the submissive phase, she was an achiever, making delicious laddoos to get a small income! Sridevi scored where other contemporaries and juniors did not when they attempted to ‘return’. Madhuri Dixit-Nene, who dethroned her from the top slot in the early 1990s, Karisma Kapoor and Manisha Koirala, and later Preity Zinta and Aishwarya Rai Bachchan were other toppers who came croppers, purely because of a substandard vehicle or vehicles to return, thanks to a lack of judgement and because they had not probably not cottoned on to a changing grammar. We do not know if it was husband Boney Kapoor who influenced her choice. But we would gladly pass the benefit of doubt to Sridevi herself as well, and her ever-pragmatic approach to her career. Phase One: A child-woman from the South Sorry for the inappropriate pun-of-sorts, but when Baby Shree Amma Yanger was born in August 1963 in Sivakasi (the town where the cracker industry is based), fireworks in the future were a given! Sridevi was only four when she made her debut in the Tamil film Kandhan Karunai, later doing films across Malayalam, Telugu and Kannada.

Also Read: ‘Mom’ Review: Sridevi shoots the ball out of the park

Her first adult role was in Moondru Mudichu (1976). A year earlier, she had played a child artiste in the Hindi film Julie, which technically was her Hindi debut. Phase Two: The Hindi – South phase This talented actress got a firm footing in Hindi films, not with her sensitive but flop debut Solwa Sawan (1978) but as Thunder Thighs in the musical potboiler Himmatwala (1983) with numerous similar films to follow till 1987. Of these, Mawaali, Justice Chowdhury, Tohfa, Maqsad and Ghar Sansaar were successful to various degrees. However, our feeling was that the mainstream Mumbai filmmakers rightly paid more heed to Sridevi’s fortes – her chameleonic expertise at comedy, drama, songs and dances, and the fact that she simply had the most mobile face among newcomers then. Of course, to seemingly confirm their conviction about her talent, there was yet another (flop) film Sadma, presented by N.C. Sippy and Hrishikesh Mukherjee, no less, in which she played a traumatized and mentally-backward woman. The genuine ascent had begun, and Sridevi had tapered her South assignments too. In 1986, Sridevi made a mark in the blockbuster Karma, and especially in the pivotal role of the year’s biggest hit Nagina. 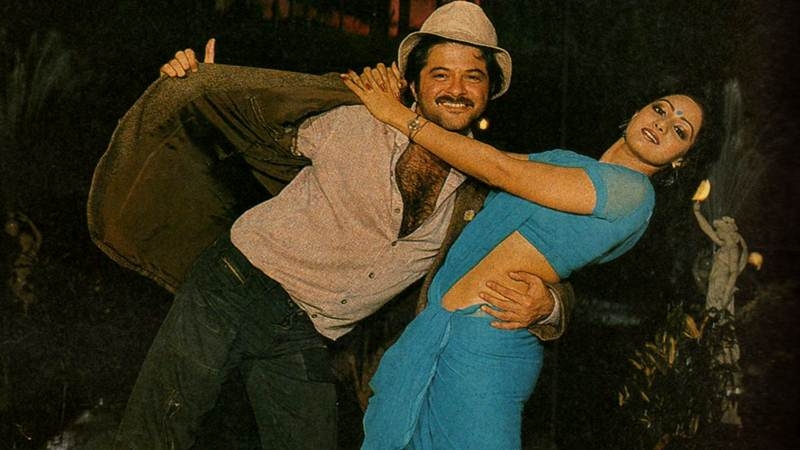 Phase Three: Mr India and after There has much recent hype about Mr. India completing 30 years. The fact remains that as Sridevi and Boney Kapoor discovered each other, the more pan-Indian fan was mesmerized by two diametrically opposite songs – ‘Kaate nahin kat-te yeh din yeh raat’ and ‘Hawa Hawaii’ and her uninhibited performance in the film. 1989’s twin diversities, Chandni (where she graduated to be one of Yash Chopra’s most memorable chiffon-saree heroines) and Chaalbaaz (in her unforgettable double turns) finally stamped Sridevi as a Hindi mega-star. The early ‘90s had a mixed bag – from a dopy Naakabandi and a whacky (but flop) Roop Ki Rani Choron Ka Raja to a sensitive Lamhe and a doughty Khuda Gawah. And while she was rejected as the Heer of Heer Ranjha, she was accepted in her saucy yet substantial turn in Mahesh Bhatt’s Gumrah. Her last film in that phase was Judaai, produced by her now husband Boney, in a scene-stealing role as an overtly mercenary wife willing to share her husband for money! Sridevi had become a brand – a star who commanded almost a crore as her price, and who, like contemporary Madhuri Dixit, and just one or two actresses later, did not need a hero to sell her film, and had their own audience draws. But after marriage, she settled for domesticity and motherhood. Phase Five: A Diva-ine change of track It was in 2002 that Sridevi returned – as producer of three films in three years that all went down the drain, so to speak, Shakti – The Power, Run and Bewafaa. She also acted in her 2004 home production television serial, Malini Iyer. Each was a cropper. She again disappeared from the marquee, making up with rare appearances at events and award ceremonies, where she got the welcome a mega-star gets. It was in 2012 that English Vinglish, a ‘today’ film with a yesteryear-like grip on both substance with a message and an emotional connect, was released. After working with the toppers across the country, her leading man here was Adil Hussain, there was no chartbuster to dance on, and no trademark sauce in her character. Yet, it was the shrewdest choice Sridevi could have made! After the success, the offers must have kept pouring in. Again, her correct choice was restraint. And now, five years later, Mom, produced by Boney is likely to be another sagacious selection. As the title indicates, she is a mother again, but this time, the film is a thriller. She is also part of a powerhouse cast, with Akshaye Khanna and Nawazuddin Siddiqui in key roles. Once again, the project looks fresh, contemporary in treatment and even topical – free of clichés and yet engaging. And if this is how Sridevi ups the ante each time, this Diva will keep dazzling for long. 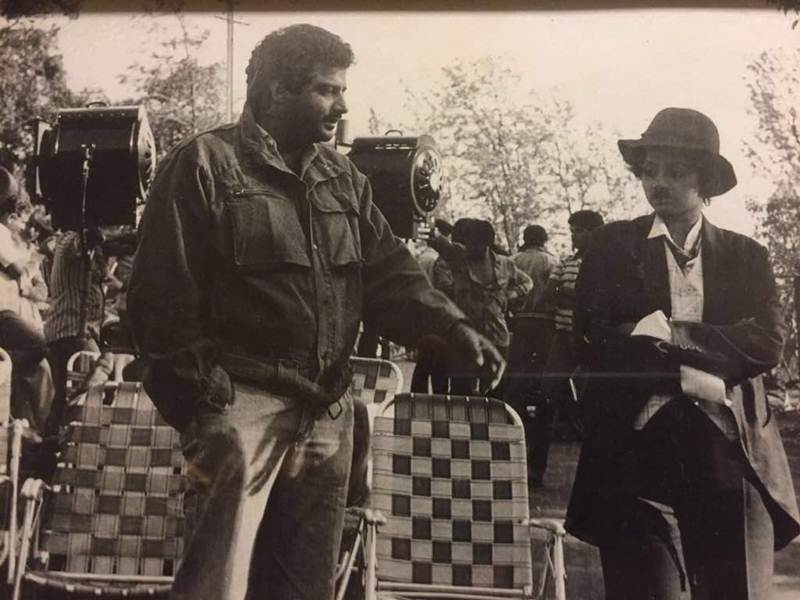