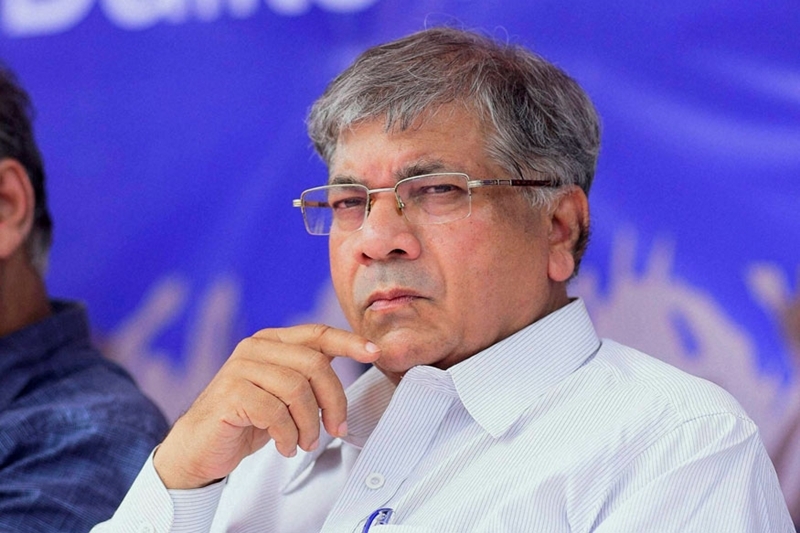 If we had not called the bandh, half of Maharashtra would have burned, Prakash Ambedkar told Neeta Kolhatkar of the Free Press Journal. In a one-to-one chat, Ambedkar explains how the leaders of fringe Hindu groups are out to finish the RSS and if the government does not distance itself from them, it could get into trouble. This is the game of Manohar Bhide, founder of Shiv Prathishtan Hindustan and Milind Ekbote, founder of Samasta Hindu Agadhi, the two named in the FIR for Bhima-Koregaon riots.

The bandh was effective, but should you have called it? Could you have avoided it in view of how it was portrayed in the media and the public reaction that followed?

Yes, it was the right call. There was simmering anger since January 1, when the action took place. People who had gone to attend the bi-centenary celebrations and when they returned to their villages at night, they were attacked, vehicles burnt and there were riots. Worse still, there was absolutely no explanation as to why these incidents were allowed to occur. When they returned to their homes, they received reports of attacks, the death of one person and other violence. All were upset, their families were angry. The entire government panicked after that. The administration says 3.5 lakh attended, but our figure shows 5 lakh people. The smaller OBCs for the first time had moved around. One usually sees the Vanjaras (nomads) Dhangars move around. These smaller OBCs for the first time on their own, constitute 30 percent of the total population. This large population turned violent, because they were angry for being targetted. To channelise this anger and their energy in one direction, bandh was the only option. Else, half of Maharashtra would have burned.

There were the bi-centenary celebrations at Vijay Stambh and there was Chatarapati Sambhaji Maharaj samadhi along with Govind Gaikwad’s samadhi. All the concerned groups were in the know of the 200th year celebrations. There are conflicts over history, why would the Hindu groups be interested in this? What is the politics at play?

A few 100 kilometres away is Vadu village, where the samadhi of Samabhaji Maharaj is located. There is a controversy surrounding this samadhi, especially since last four years. Time and again we have seen controversies around history of Shivaji, the claims made by Brahmins and that questioned by the Marathas. The villagers believe Samabhaji Maharaj was cut into pieces, which were scattered and Gaikwad is said to have stitched them and performed the last rites. The village then put a samadhi of Gaikwad for his efforts. This part of history is being contested by Bhide and company. They have time and again claimed what they say is true history. The young generation of Maratha community and their sanghatana confronted these Bhide and Ekbote, who had previously used them to go against other communities. These youths who fell out with the two Hindu leaders, they questioned their authority wrote a booklet and circulated the truth, contesting the claims made. This is a game of re-establishment. These two leaders want to re-establish themselves. They claim their history is true and beat these people, this is the crux.

You have been accused of being provocative and accusing two Hindu leaders without evidence, primarily, Manohar Bhide and Milind Ekbote. Do you still stand by your statement?

Yes. I remember saying it and I still maintain it. Let me tell you, I have very good relations with the Marathas and Maratha Sanghatanas. Within Maratha Sangha there were lot of discussions going on for the last two decades and they have been used against the Muslims. And now what we are seeing is, we are being used against the reserve castes, by the same group. They wanted to know from me how these issues could be settled and the Marathas can be won over in order to bring them in development process. So, I knew the stand of every Maratha group. I got the names from different places of the instigators and it led to these two persons.

You and your people were blamed for the violence in bandh, was there any infiltration, as is being said?

The bandh was taken after consultation with 250 organisations and only after they assured that it would be a peaceful bandh, I announced it on their behalf. The government panicked, and gave me a free hand to control this situation. I did my best. The violence started after 3 pm and in restricted pockets, where some infiltration took place. I don’t want to name them, but the authorities are aware about it. After Balasaheb Thackeray, we were first to have such a successful bandh. Political panic seeped in and you saw some incidents post afternoon. Vikhroli was the worst affected.

You have said these fringe Hindu groups led by Bhide, Ekbote types will destroy the RSS and BJP government, can you explain how?

The government has backed these fringe Hindu groups in the past. This time the government has distanced itself after the entire incident. I am told after I called Manohar Bhide and Milind Ekbote as Hafeez Saeed of India. Why should this be shocking? I want to point out to a fact which I have been saying from day one. The organisations led by Bhide (Shiv Pratishthan Hindustan) and Ekbote (Samast Hindu Aghadi) have caused the trouble in Bhima Koregaon. Their organisations are unsolicited and these two can become just indulge in divisive politics, inflicting violence. These are people with strong views and their groups are unsolicited Hindu ones, set to finish the established Hindu organisations like Rashtriya Swayamsevak Sanghatana (RSS). The chief minister Devendra Fadnavis has failed to inquire against these groups.

Will Dalits, OBCs, Marathas, Muslims come together? Do you not think it is crucial time for you to now make moves to unite them to counter the dominant politics?

Every organisation has a right to demand something, intolerance is creeping in on a large scale. There are differences and they will remain, we have to work towards to commonalities. Every community and political party is leaderless. To bring them all together there needs to be one strong personality they rely on. Yes, they rely on me and that is why one of the intention of bringing them all together was the occasion of celebrating the 200 years of victory and to bring about an inter-community dialogue, which I could not do earlier. I can say at least this time we succeeded and one of the reasons for the anger after the violence was that the government taking a different action from what we wanted. The government was trying to divide us and that angered our people. I blame the Congress for being the first to wedge a divide. They indulged in appeasement politics. Now, along with the Left and regional parties, we are trying to work out a path based on what the yonger generation wants. That is the solution and there inter community dialogue will be important. Quoting my grandfather, I will say, “Each political party and leader has reached its plateau.” And the current flock of leaders cannot provide it. Their demand is simple. They don’t want a life of conflict, like in education, employment, service sector. They want it little easy.