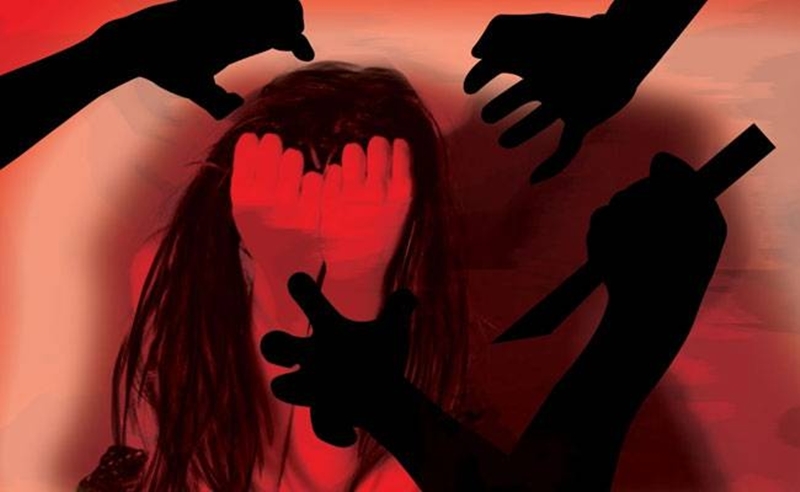 Mumbai/Sangli: A shocking case of an eight-month pregnant woman from Satara being gang-raped by eight men in Sangli has come to light. Taking serious note, the Maharashtra State Commission for Women on Thursday sought a report from the local police. The incident occurred around 6 a.m. on Tuesday when the 20-year-old woman, along with her hotelier husband, had gone to Turchi Phata in Tasgaon for a business meeting.

An official of Tasgaon police station told IANS that the hotelier and his wife were on the lookout to hire a couple for their hotel business. One of the accused, Mukund Mane, had called him (the hotelier) to Turchi Phata claiming such a couple was ready to work for them and asked him to bring Rs 20,000 as advance payment for them.

When they reached the location, Mane and his men pounced on the hotelier couple, assaulted them with pipes and sticks, robbed them of the cash besides the woman’s gold ornaments. Then they tied up the husband, gagged and locked him inside his vehicle and then allegedly gang-raped the woman. They ignored her repeated pleas to let her go since she was eight months pregnant and after committing the crime escaped from there. The attackers threatened them against informing the police claiming “they were locally very influential and nobody would listen to them”.

Later, the couple managed to reach the Tasgaon police station and registered a complaint. The woman has named four of the eight accused – Mukund Mane, Sagar, Javed Khan and Vinod – in her FIR. Nearly 48 hours after the incident, the police have yet to make arrests.Intervening in the matter, Maharashtra State Commission for Women Chairperson Vijaya Rahatkar has written to the Sangli Superintendent of Police to personally look into the case and submit a detailed report on the case.