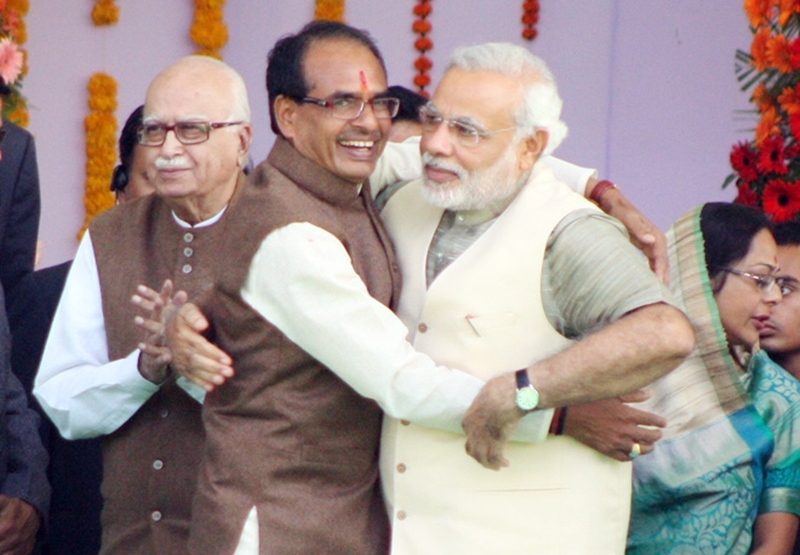 Bhopal: Images of Prime Minister Narendra Modi and Chief Minister Shivraj Singh Chouhan will be displayed on two tiles in houses to be built in Madhya Pradesh under the Pradhan Mantri Awas Yojana, according to a state government order that has sparked criticism from the opposition which alleged that a wrong precedent was being set by “politicising” a scheme meant for the poor.

Each unit will have two such tiles — one on the kitchen wall and the other at the entrance of the house — the order issued by Urban Administration and Development Department of the state government on April 4 said.  It directed the commissioners of municipal corporations and chief municipal officers of municipalities in the state to ensure that the two ceramic tiles of 450X600 mm size each are installed in each PMAY house.

As per the specifications mentioned in the order, each of the two ceramic tiles will carry the slogan ‘Sabka Sapna, Ghar Ho Apana’ in Hindi at the top. The middle portion of each tile will have ‘Pradhan Mantri Awas Yojana — Urban’ written in English as well as Hindi along with the scheme’s logo.

While Modi’s photo will be on the left side of this logo, Chouhan’s will be on the right. Next to the slogan on the top, the logo of the state government and a small-size picture of BJP ideologue Deendayal Upadhyay will be printed. The order was issued following the directives given by the chief minister on January 2, during a meeting on the PMAY scheme.

However, the opposition Congress termed the move as “completely wrong”. “This is a government-run scheme meant for the poor and it should not be politicised. The ruling party is setting a wrong precedent,” Leader of Opposition in Assembly, Ajay Singh, told PTI. The ruling saffron party, however, maintained that there was nothing wrong in it. State BJP spokesperson Rajnish Agrawal said, “There was no intention of politicising any issue. This is for the first time in the country’s history that a target has been set to provide a house to every poor person. There is nothing wrong if the pictures of the PM and the CM are being put up at the entrance and inside the kitchen.”