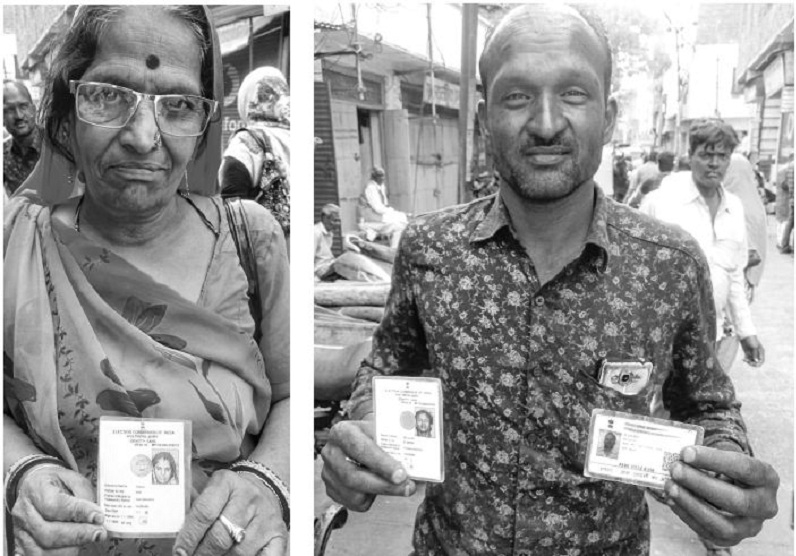 Ujjain: Several voters were seen running from pillar to post in vain on Wednesday as their names were found missing from the electoral rolls. At polling booth number 222 located in Bohra Jamatkhana, Loke Ka Pull under Ujjain North constituency one Maya Soni (64), resident of Kharakuan complained that nobody helped her in searching her name in the electoral rolls though she posses the EPIC.

Mohammed Ismile (38), resident of Topkhana, complained that barring him rest 8 members of his family exercised their votes. He said he had carried the EPIC along with AADHAR card, to no avail as the staff concerned declined to cooperate saying that his name was not mentioned in the electoral rolls. One Mohammed Ishak (48), resident of Kot Mohalla, said that names of his son and daughter was there in the electoral rolls, but despite having EPIC he was not allowed to cast vote.

Polling agents of political parties told Free Press that over one dozen electorates had to return back as their names were missing. They complained that the BLO did not distribute voters identity slips properly. On one of the polling booths of the said polling station, 397 (46.27%) out of 858 voters had cast their votes till 2.10 pm.