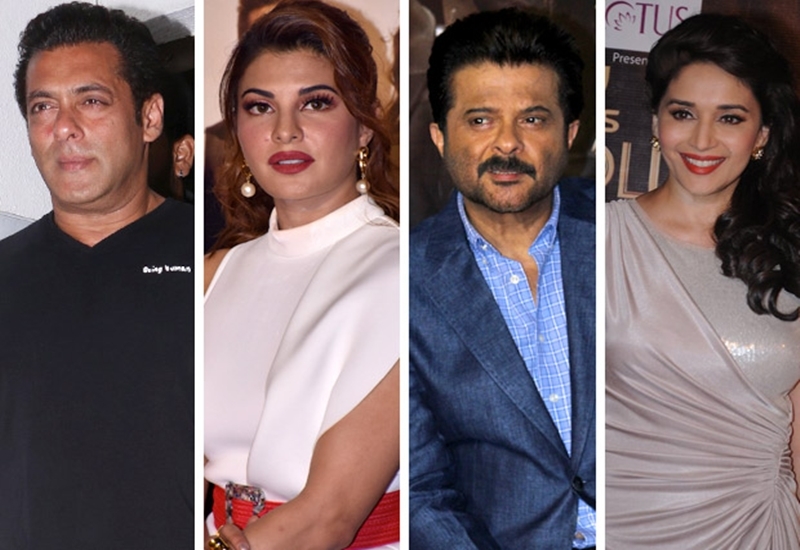 Not too long ago, we had spoken about the busy schedule Madhuri Dixit Nene will have in the forthcoming months. Amidst her film commitments, she has also turned judge for the new dance reality show Dance Deewane. Supporting her stint and also as a part of the Race 3 promotions, Salman Khan, Jacqueline Fernandez and Anil Kapoor will be seen as guests on the show.

If recent reports are to be believed, the Race 3 team will be kicking off the first episode of Dance Deewane. But that’s not all! There is a lot more in store for the team as they also share a special bond with judge Madhuri who has been a popular co-star to the heroes.

Madhuri Dixit and Salman Khan have been a part of some cult films like Saajan and Hum Aapke Hai Koun! Keeping these in mind, the organizers of the show are keen on cashing in on TRPs with their 90s chemistry. The duo will be definitely performing on stage but on the tracks for the same are yet to be decided. In fact, the two actors in the past have already recreated moments from their films in the dance reality show Jhalak Dikhla Jaa.

For the uninitiated, let us remind you that Jacqueline Fernandez recreated the iconic song of Madhuri, Ek Do Teen [Tezaab] in Baaghi 2. Followed by the same, the actress also received a lot of flak because many considered it to be a terrible remake. However, it seems that Madhuri has accepted the track and is even ready to groove with Jacqueline.

If reports are to be believed, the famous couple – Madhuri Dixit and Anil Kapoor too will be reminiscing about their chartbusters. The two are, in fact, reuniting for Indra Kumar’s Total Dhamaal and will soon be seen on the big screen together.