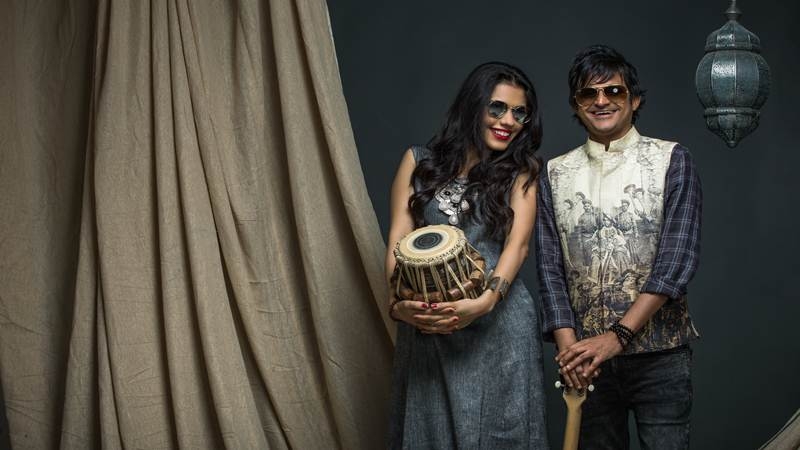 Nirali Kartik and Kartik Shah, founders of India’s very own indie music band Maati Baani, which means language of the Earth, work on collaborating with artists from rural areas, street musicians and top-class artists from around the world. As a music band, they combine elements of Hindustani Classical with various styles of folk music and new age sounds, says Vibha Singh

Q- When did this musical journey begin?

Maati Baani’s musical journey began in 2012 with ‘Mitwa’. At the time, we did it as a fun experiment, just to see what happens if we put out a song on YouTube, without knowing that soon we would be performing and making more of them. Being a trained Hindustani vocalist and Kartik music composer, we always wanted to create music together and Maati Baani became the best way to explore our different styles.

Q- Maati Baani is such a unique name. Why did you choose this?

The name means language of the earth — ‘Mitti Ki Bhasha’. And yes, the term sounds as if a lot of thought has been put into its creation, but the name came to us quite easily as the idea was to create music without borders and without any rules. Maati Baani captured the idea of borderless music well and hence the name stayed with us.

Q- What is your USP?

While forming the band, we have found the way of co-creating music with musicians from different parts of the world through Internet. Also, we make a point to have Indian classical elements and folk traditions of India.

Q- What brought about changes in the way you were working?

For us, our song ‘Balma’ can be described as the event that changed our sound as a band. It was our first song created entirely over the Internet, collaborating with 11 musicians across five countries. The experience was so refreshing that it has changed our way of working to such an extent that collaborative music became our style of music-making and we came up with our musical web series, The Music Yantra, where we collaborated with more than 70 artists across 30 countries in the beginning of this year.

Q- You have been described as nomads of music. Elaborate?

True that! We love to travel as we are exposed to the diversities and musical traditions of the world. Our travel experiences reflect in our music, lyrics and also the way we think. We do things that we love and therein lay a lot of joy which our audience can feel as well.

It is indeed not easy to bring out originals in times when there are a lot of artistes who are doing cover songs. The point is to make music that is unique and catches eye balls. Also, the sound of the band needs to be well defined.

“Our musical collaborations are a result of the technology we have today. There are no specific apps to co-create music with musicians across the world, but once we have them like we have so many other apps, Internet collaborations will become common in the future.”

Q- What role do you think digital technology played in bringing all of you under one platform?

Our collaborations are a result of the technology we have today. There are no specific apps to co-create music, but once we have them like we have so many other apps, Internet collaborations will become common.

Q-  What are the challenges you have faced?

Since we work with musicians across countries, time zones have challenged us. For instance, while we were communicating with musicians from multiple countries at the same time for Heal the World cover, we had worked through days and nights to match their time zones. But before we start doing any song, our vision is quite clear, which helps during the making process and helps us overcome challenges.

Q- How has Maati Baani changed you as individuals?

The idea of ‘this person belongs to some other country’ has become non-existent to us. If we want to work with a musician from Mongolia, we will send a mail immediately with the high probability of us working with them. For TedX gateway, we followed a musician Guilhem from France and when we got the opportunity to invite an artiste, we thought of him and now we are performing with him. We do feel we are living in a border less world, musically at least.