AAP displays how to tamper EVMs, EC says it’s not the real thing 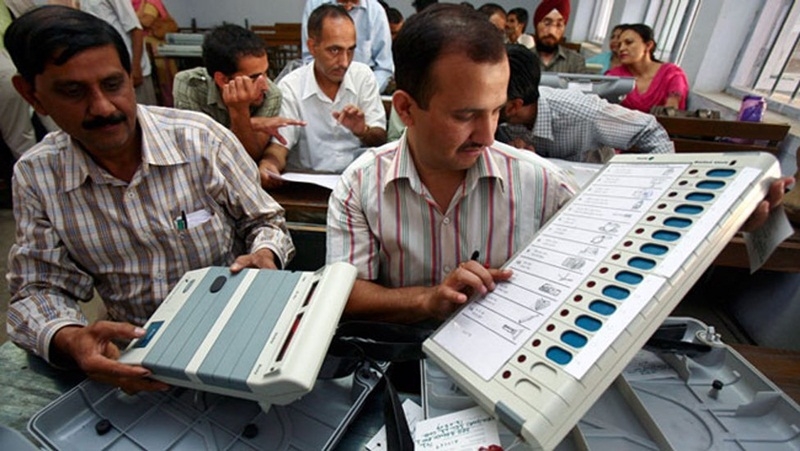 New Delhi, Arvind Kejriwal’s Aam Aadmi Party (AAP) on Tuesday claimed to have hacked a prototype of an electronic voting machine (EVM) which it said proved its allegation that the system can be tampered with to favour a particular party.

The Election Commission (EC) was yet to react officially but sources said the AAP could face a criminal case if the party had taken out an EVM from the poll panel’s godown for the demonstration inside the Delhi Assembly. “If it is a prototype, then it is not the same as the EVM used by the commission. To say EVM can be hacked by manipulating a prototype is not the same thing,” an EC source said.

Kejriwal has been alleging that large-scale EVM manipulation helped the BJP win the massive mandate in Uttar Pradesh in the recent Assembly polls. He also blamed EVM tampering for the AAP’s defeat in the recent bypolls and civic elections in Delhi, a charge denied by some of his own party leaders.

Kejriwal raised the stakes on Tuesday in the Delhi Assembly, inviting representatives of the Trinamool Congress, Janata Dal (U), Samajwadi Party and CPI(M) to witness the EVM hacking.

AAP legislator Saurabh Bhardwaj conducted a mock poll in which he cast two votes each to different parties. The final tally, however, showed that some parties did not receive a single votes. “I was a computer science engineer for 10 years before becoming an MLA. EVMs can be easily hacked by small engineers. Before voting day, candidates are fooled into believing that the machines are fine,” said Bhardwaj. “You just need to change the motherboard. All it takes is 90 seconds. For successful hacking, all we need is a hacker smarter than the software designer,” he added. Bhardwaj said there was a secret code which, if entered, would manipulate the EVM and all votes would go in favour of a particular party.

Besides Kejriwal, other opposition parties, including the Congress, had raised doubts over EVMs’ vulnerability to manipulation. The EC had, however, dismissed the allegation saying the machines were tamper-proof.

In a special session of the Delhi Assembly, AAP leader Saurabh Bhardwaj demonstrated how to manipulate an EVM

The EVM controversy has been making headlines since March 11, the day poll results were announced in five states. BSP leader Mayawati had also  alleged that EVMs used during UP polls in Feb-Mar had been tampered with to favour BJP

Soon after Mayawati made the allegations, Delhi CM Arvind Kejriwal joined the chorus of Opposition party leaders claiming that the BJP was tampering EVMs

Although they have been demanding that the EC to revert to paper ballots to hold polls, EC has said its EVMs are tamper-proof.