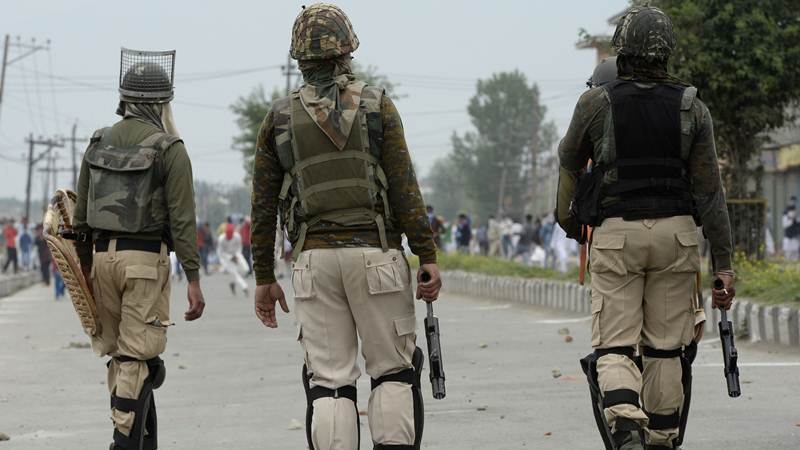 Srinagar: Normal life was derailed in the Kashmir Valley on Wednesday as separatists announced a protest march to Shopian town in solidarity with civilians killed in fighting between militants and security forces.

As train services remained suspended for a third consecutive day, the authorities closed all educational institutions and postponed exams scheduled for Wednesday amid tensions in the Valley. Train services have also been suspended. Traffic on the otherwise busy Srinagar-Sonamarg road remained suspended for a second day on Wednesday. The separatist Joint Resistance Leadership (JRL) headed by Syed Ali Geelani, Mirwaiz Umer Farooq and Muhammad Yasin Malik have announced a march to Shopian town to express solidarity with people there.

Authorities deployed security forces in large numbers in Srinagar, the urban hub of a dragging separatist campaign, and other places in the Kashmir Valley to maintain peace, officials said. Twenty people, including 13 militants, four civilians and three soldiers, were killed in south Kashmir in three gunfights on Sunday. Geelani and Mirwaiz have been placed under house arrest while Malik has been lodged in the Srinagar Central Jail to prevent their participation in protests.

Shops, public transport and other businesses remained mostly shut in Srinagar and other major towns in the Kashmir Valley on Wednesday, officials said. Private transport, however, plied in the uptown areas and on the outskirts of Srinagar. Meanwhile, a 23-year-old youth killed in clashes with the security forces in Kangan town was buried early on Wednesday. A shutdown crippled normal life in Ganderbal district following the youth’s death. The District Magistrate of Ganderbal has ordered a magisterial probe into the youth’s killing while police have ordered a departmental enquiry. Clashes had broken out in Kangan on Tuesday immediately after the youth’s body was taken there.